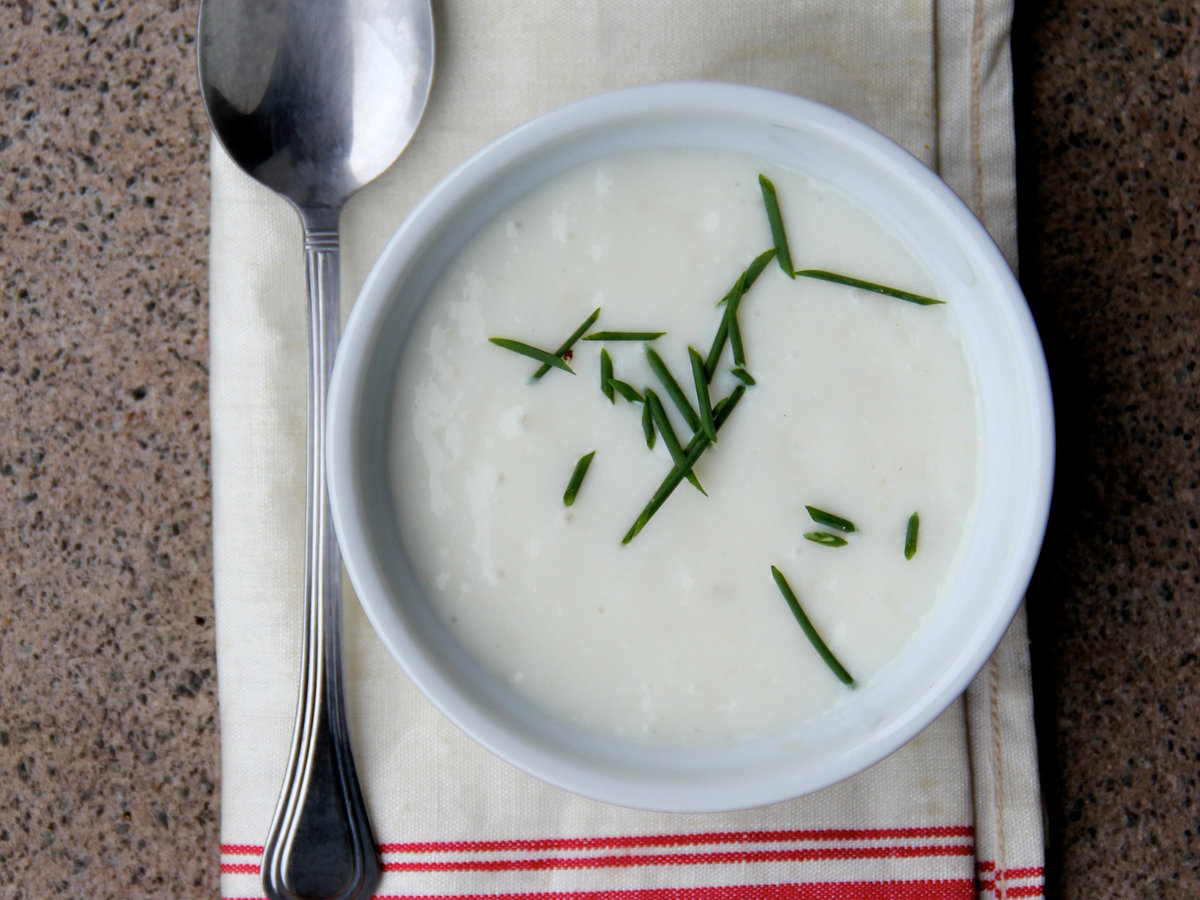 This soup is classically served cold, but it’s just as great hot, right out of the blender.

If you don’t have a turkey carcass you can substitute 2 1/2 pounds of fresh turkey legs in this soup.

Use water in this soup instead of stock for a hearty vegan dinner.

Cooking the chicken on the bones adds more flavor to this creamy soup.

If you prefer your pasta al dente, add it after the chicken has cooked.

The chicken in this soup is flash marinated before it is browned for even more flavor.

Ask your butcher to split the ham hock in half.

Whisking the eggs into this soup at the last minute ensures a silky texture.

Adding tart caper berries to a cacciatore go a long way toward brightening the flavors.

In this soup, fresh turmeric pairs up with cinnamon, cumin, and coriander to spice up red lentils and wilted Swiss chard. It’s power-packed full of flavor and warmth and also subtlety sweet. To serve, add a dollop of yogurt for a bright, creamy, and cooling topping.