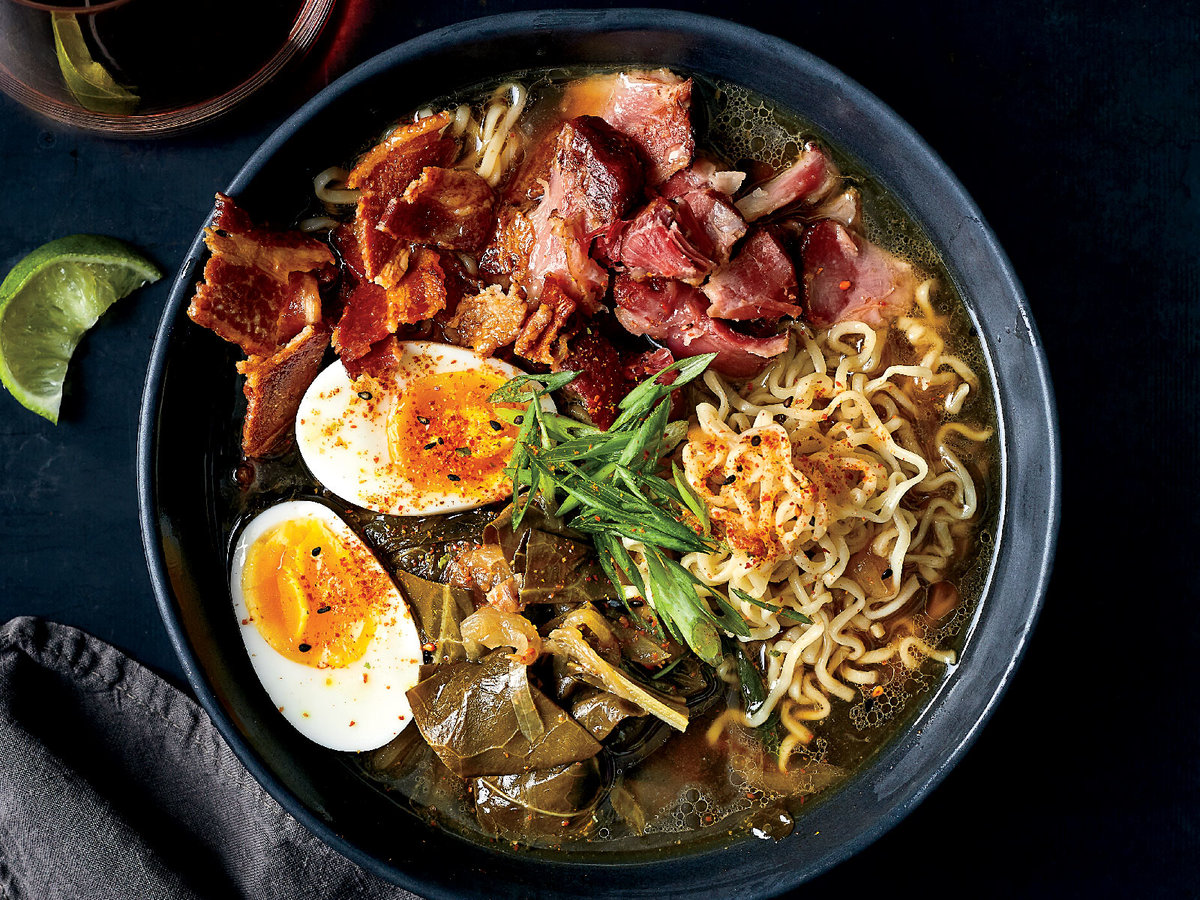 Chef Todd Richards is known for his personal, globally inspired take on Southern cuisine, and his Collard Greens Ramen is no exception. Riffing on a memorable bowl of yaka-mein he had as a child, Richards’ soup begins with a pot of collards and a generous pour of bourbon, which cooks down into an intense potlikker. Shichimi togarashi, a Japanese spice blend of dried orange peel, ginger, sesame seeds, nori, and a mix of dried chiles, finishes off each bowl. You can find it at Asian groceries, Whole Foods, and amazon.com. As Richards puts it, each ham-hock-enriched, noodle-laced bowl is a hearty thank you to his past—with a strong Southern accent.

How to Make It

Heat olive oil in a 4-quart stockpot over medium. Add bacon; cook until crisp, about 10 minutes. Transfer bacon to paper towels to drain, reserving drippings in pot. Crumble bacon, and set aside.

Add onions and garlic to hot drippings in pot, and cook over mediumv, stirring often, until golden brown, about 25 minutes. Add ham hocks, and cook until browned on all sides, about 5 minutes, turning ham hocks every 45 seconds. Add bourbon and vinegar, and cook, stirring and scraping up browned bits on bottom of pot, until liquid is reduced by half, about 30 seconds. Add 8 cups cold water; bring to a simmer.

Add salt and pepper to soup. Add collards in large handfuls, stirring each addition until wilted, 2 to 3 minutes, before adding next handful. Return to a simmer; cover and cook until collards are tender, about 1 hour.