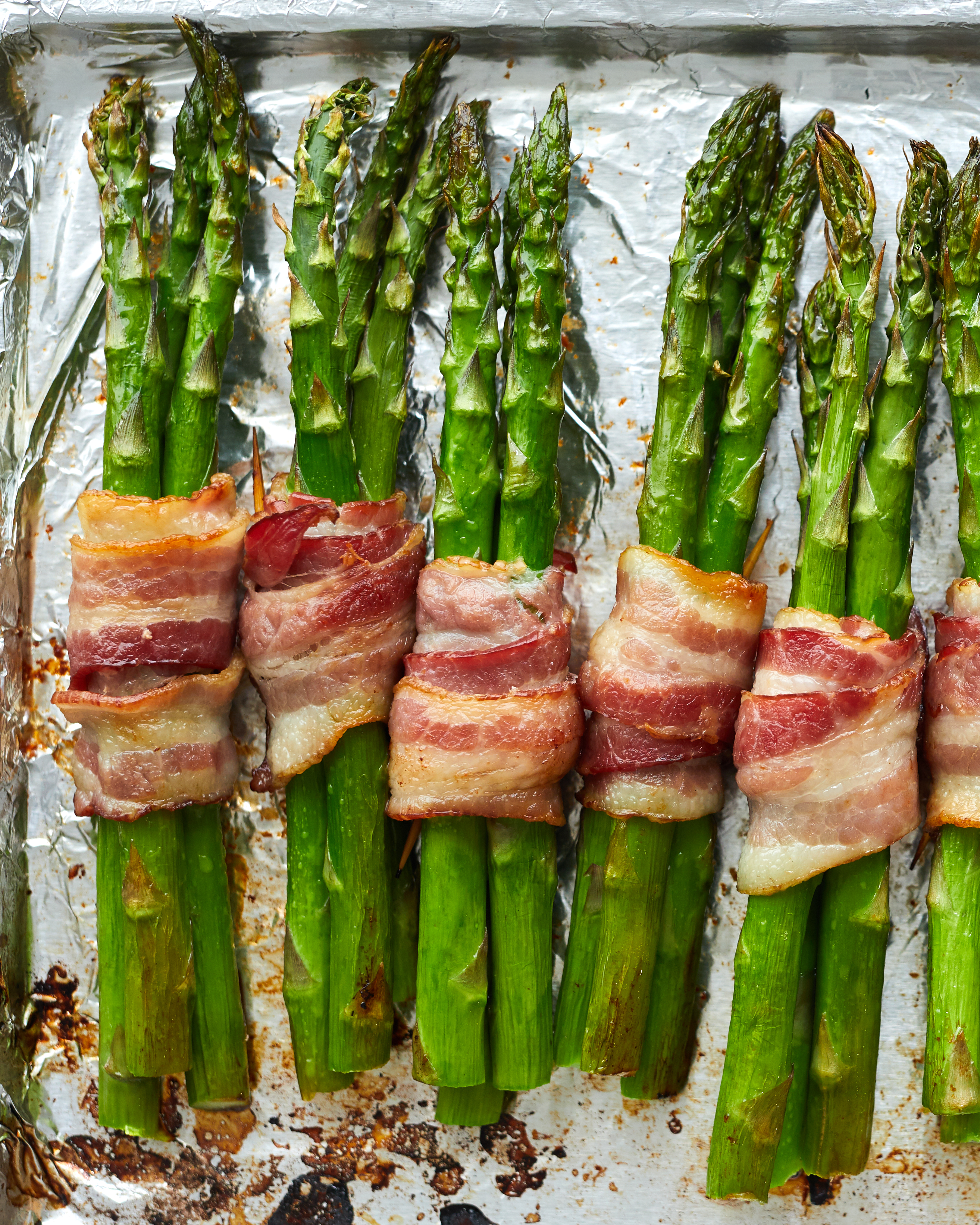 The combination of bacon and asparagus is a stellar spring pairing and a great way to celebrate the arrival of longer, warmer days. Asparagus is also one of the easiest vegetables to prep, making it a great side dish contender during this time of year, when it’s inexpensive and readily available.

Plus, it’s quick to cook: You can have juicy, vibrant asparagus wrapped in perfectly crisp bacon in less than 15 minutes. Here’s how to do it. 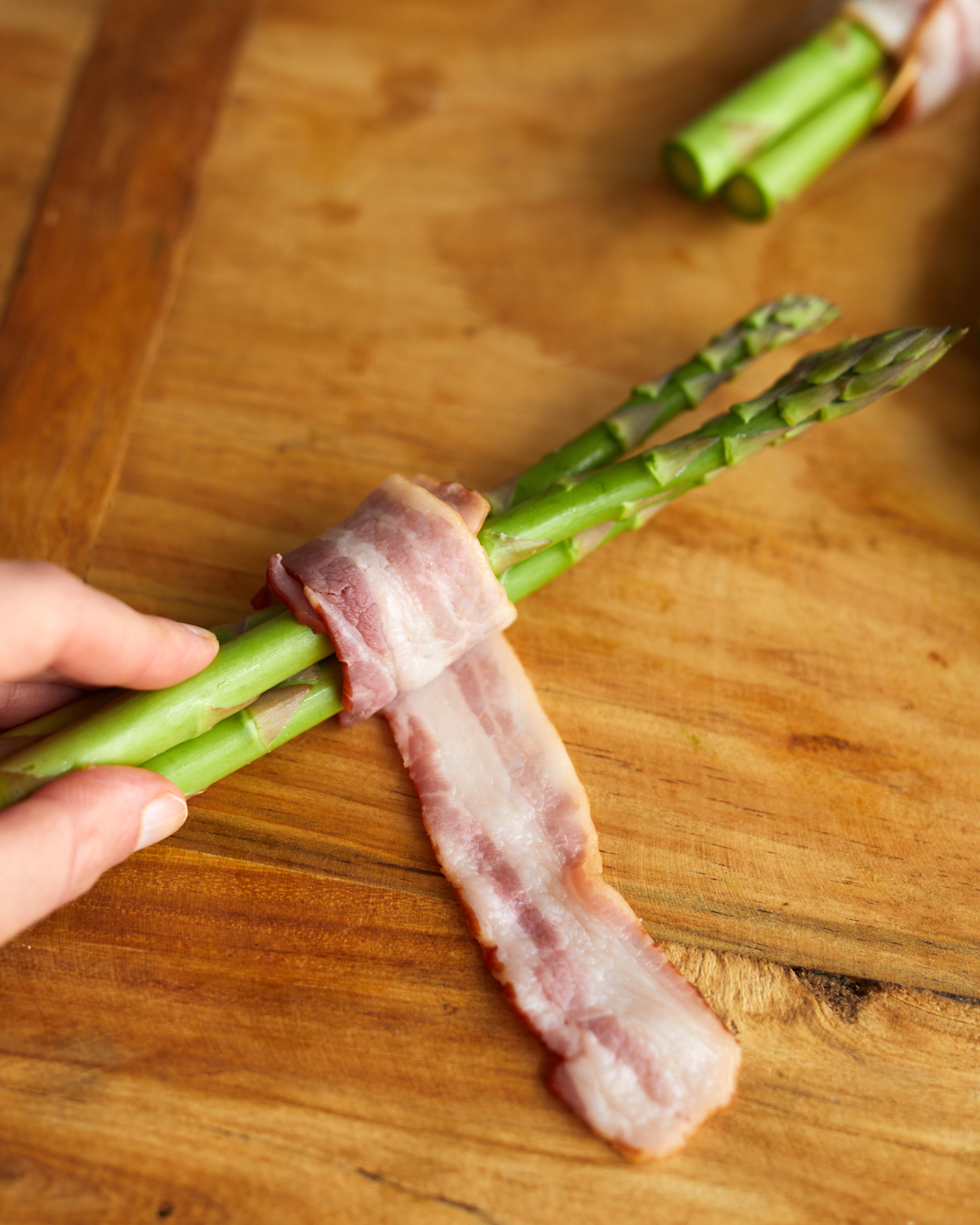 The Best Asparagus and Bacon for the Job

When you’re shopping for this recipe, your choices in the grocery store do matter. Choose medium asparagus that’s about 1/2-inch thick — thin asparagus will overcook before the bacon’s ready, and too thick means the bacon might burn. As for the bacon, use regular and not thick-cut, which is too thick and won’t crisp up properly in the short amount of time it spends in the oven. 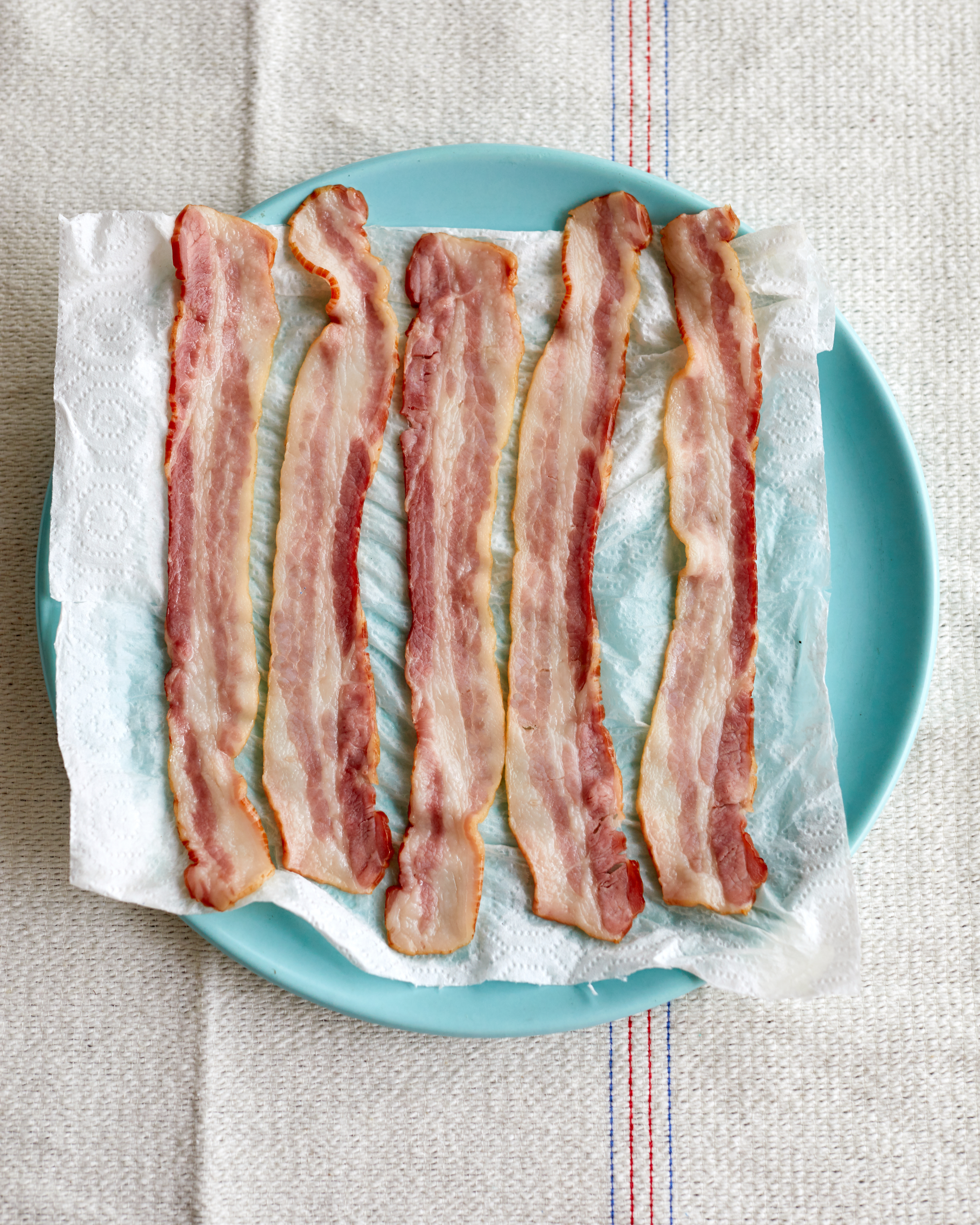 Pre-Cook the Bacon for Maximum Crispiness

When testing this recipe, I tried it all: wrapping individual asparagus spears in bacon, bundling up the asparagus in uncooked bacon, and more. In each case, the asparagus cooked through and became mushy before the bacon got crispy. The bacon, I learned, needs to be precooked to start the process of rendering out the fat before it’s used to wrap the asparagus.

The easiest way to do this is to microwave the slices just for a minute — this renders out enough fat to give them a head start so they crisp up in the same amount of time the asparagus needs to cook. (If you don’t have a microwave, see the Recipe Notes below for how to do it in the oven.) After microwaving, you’ll wrap up each bundle of asparagus in a slice of par-cooked bacon and secure the ends with toothpicks to keep them from unraveling. 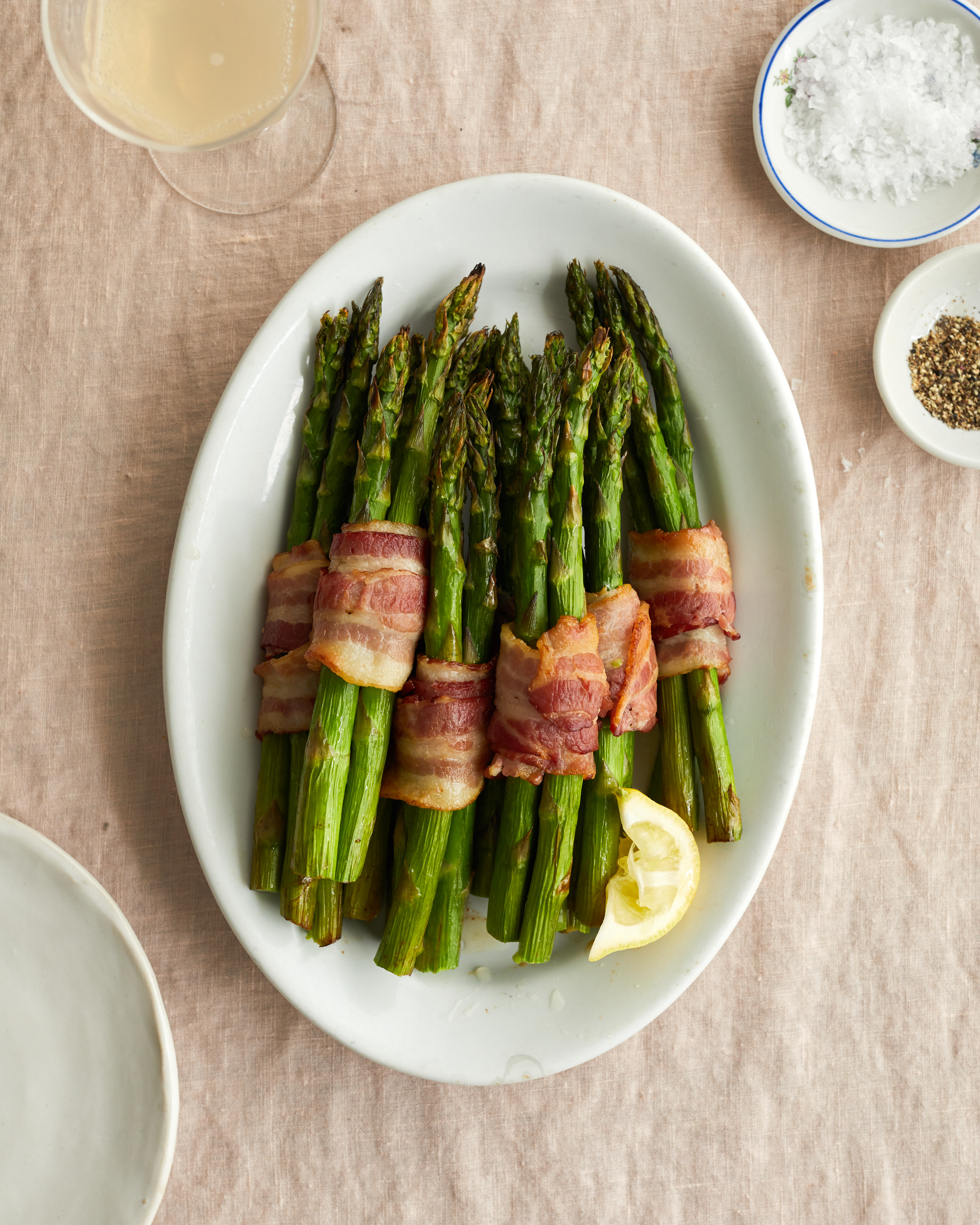 The Final Step: A Super-Hot Oven

The last trick is to get everything as hot as possible, and close to the heat source. You’ll preheat the baking sheet so that the bacon touching the baking sheet gets a chance to brown, too, then roast the bundles in the upper third of a 450°F oven to get them close to the broiler. It’ll take about 12 minutes to get the asparagus to crisp-tender (not mushy!), then you can crank up the broiler to get the bacon browned to the way you like it. Serve as part of your favorite spring dinner, or with a simple salad and some crusty bread for lunch.

No microwave: If you don’t have a microwave, place the bacon on the foil-lined baking sheet and cook in the oven while it is preheating until some of the fat starts to render out, about 5 minutes. Proceed with wrapping the asparagus bundles.

Doubling the recipe: If doubling this recipe, you can still roast it all on one baking sheet.

Storage: Leftovers can be refrigerated in an airtight container for up to 4 days.