Weight loss diet: One woman lost over 11st by making a change ‘anyone’ can do

Cutting out unhealthy food and exercising more is something slimmers can do to lose weight.  This might sound simple but some people still struggle to shift the pounds which can make them lose motivation.  The Reddit user “the_dizzy_blonde” shared photos of her before and after she lost a huge amount of weight to show slimmers they could do the same.  In her post, she also revealed she was 46-years-old and 5ft 5in and that she added in one main change to her lose weight.

If I can do this anyone can.

The dieter revealed she added in more exercise to help her lose weight, beginning by trying to walk home.

As the pounds fell off, she switched to running to speed up her results but encouraged other people to start slow.

She posted: “When I started I walked maybe two miles at maybe 2mph.

“I honestly would try to beat my times. I still do it to this day. But baby steps is how I did it. It took a little over a month before I could walk a mile.”

Her post was met with lots of support from dieters desperate to find out more about how she did it.

Another said: “Congrats – clearly all your hard work has been paying off!! Also, you look so happy and confident. What an inspirational transformation.” 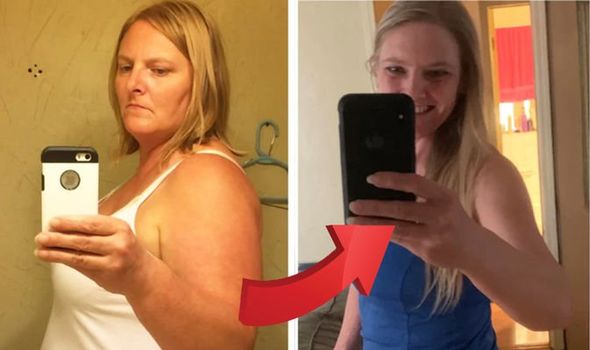 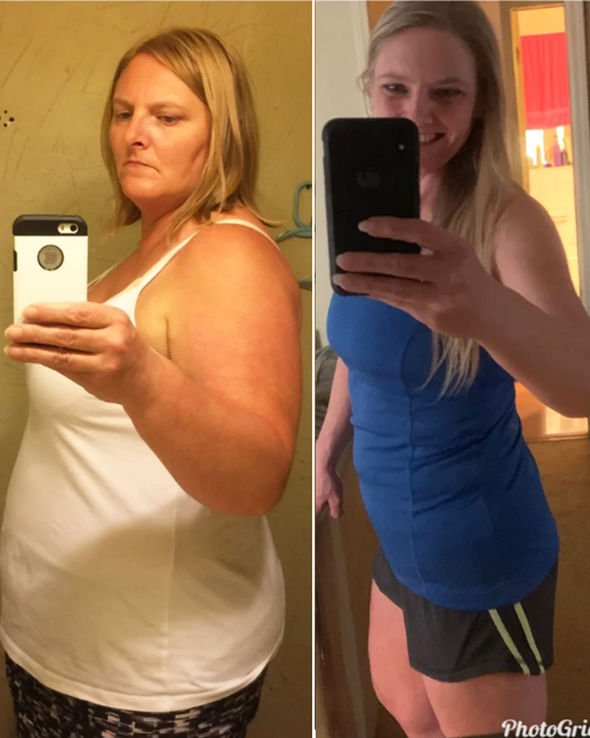 The slimmer also revealed she has now added in different exercises to help her tone up after losing most of the weight.

The user “the_dizzy_blonde” wrote: “I didn’t get into the weight training until recently. I’m trying to tone up some.”

By adding walking and running into her routine, shed a remarkable 11st 1lb and went from her huge starting weight of 20st 7lb to a slim 9st 6lb.

After explaining it took a while for her to work up to running, she encouraged others to do the same and said it is never too late to make a change.

She said: “If I can do this anyone can.” 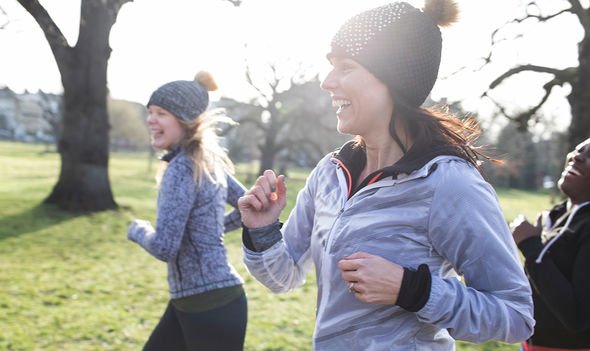 Another user on Reddit recently shared her own remarkable transformation which she credited to following the keto diet.

The low-carb high-fat diet help user “rebacrax” slim down from 19st 6lb to a much healthier 15st 12lb.

Not only has the diet clearly worked for her, “rebacrax” shared that her husband has also lost the same amount of 3st 8lb following the plan.

Another man recently documented his weight loss transformation on the ITV show Save Money: Lose Weight and explained to viewers how he slimmed down in just four weeks.