Kohli is the Indian cricket star who will be captaining his side on Sunday against England in the Cricket World Cup. Widely regarded as the best batsmen in the world, Kohli holds the best ever Test, ODI and T20 rating as well as the world record for the fastest batsman to 10,000 runs. In 2015, he invested roughly £10million to start a chain of gym and fitness centres across the country and a year later he started Stepathlon Kids, a children fitness venture, in partnership with Stepathlon Lifestyle to teach youngsters the importance of their health.

However, the 30-year-old has not always been as interested in his fitness as he is today and as hard as it may be to believe, he was actually a chubby child.

It was not until 2012, after he had already won his first World Cup with India, that Kohli decided to shed the pounds in order to extend his playing career.

He told India’s Financial Express last year: “I want to be able to play this kind of cricket even when I am 34-35.

“You know, that’s why I train so much because I am a guy who likes to play with intensity. 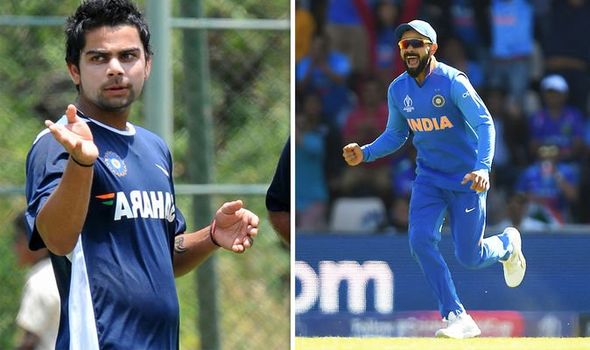 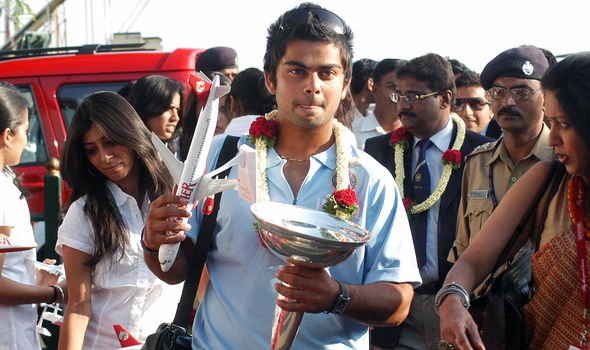 When our trainer Mr Basu tells me to put on a bit of muscle, then I increase red meat

“Once that is gone, I don’t know what I am going to do on the field.”

The Indian skipper appeared on an episode of Oaktree Sports “Breakfast with Champions” in 2018, where he spilt the beans on his daily intake.

For breakfast, Kohli has three egg whites and one whole egg with spinach, black pepper and cheese.

He will also have grilled bacon or fresh smoked salmon on the side.

This gives the right-handed batsman the protein and good fats he needs to start the day.

However, If he has netting sessions that day, he will also eat nuts and Gluten-free bread for extra energy.

He always washes his first meal down with three or four cups of green tea with lemon. 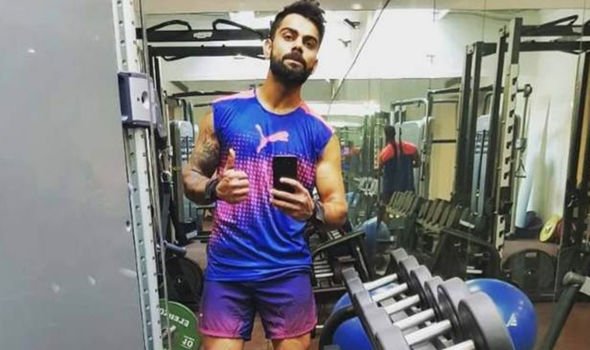 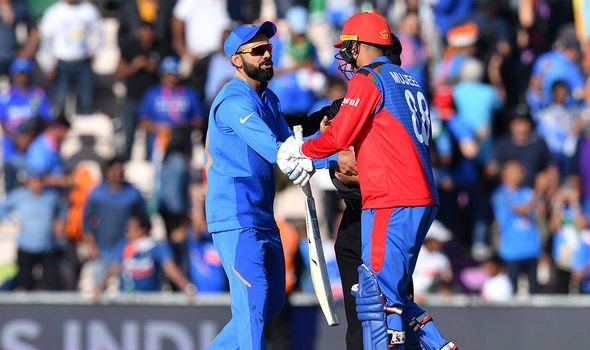 For lunch, Kohli will eat grilled chicken with spinach and mashed potato regularly but will add red meat to the meal when he requires more muscle.

He explained: “When our trainer Mr Basu tells me to put on a bit of muscle, then I increase red meat, otherwise generally for lunch, it is grilled chicken and mashed potatoes, spinach and veggies.”

For the final meal of the day, he restricts himself to seafood which is either boiled or grilled.

His top tips throughout the day are to only drink fresh fruit juice, to boil or grill food and always take coffee without sugar.

For a cheat meal when not in action Kohli, will enjoy butter chicken from Rajouri Garden in Delhi, where he was brought up.

Apart from being an athlete, Kohli is a regular at his gyms and follows a strict workout routine.

He exercises five days per week and does a combination of weights and cardio exercises as part of his regime.

He revealed that the most important part of the routine is to stay disciplined and avoid drinking alcohol or smoking.