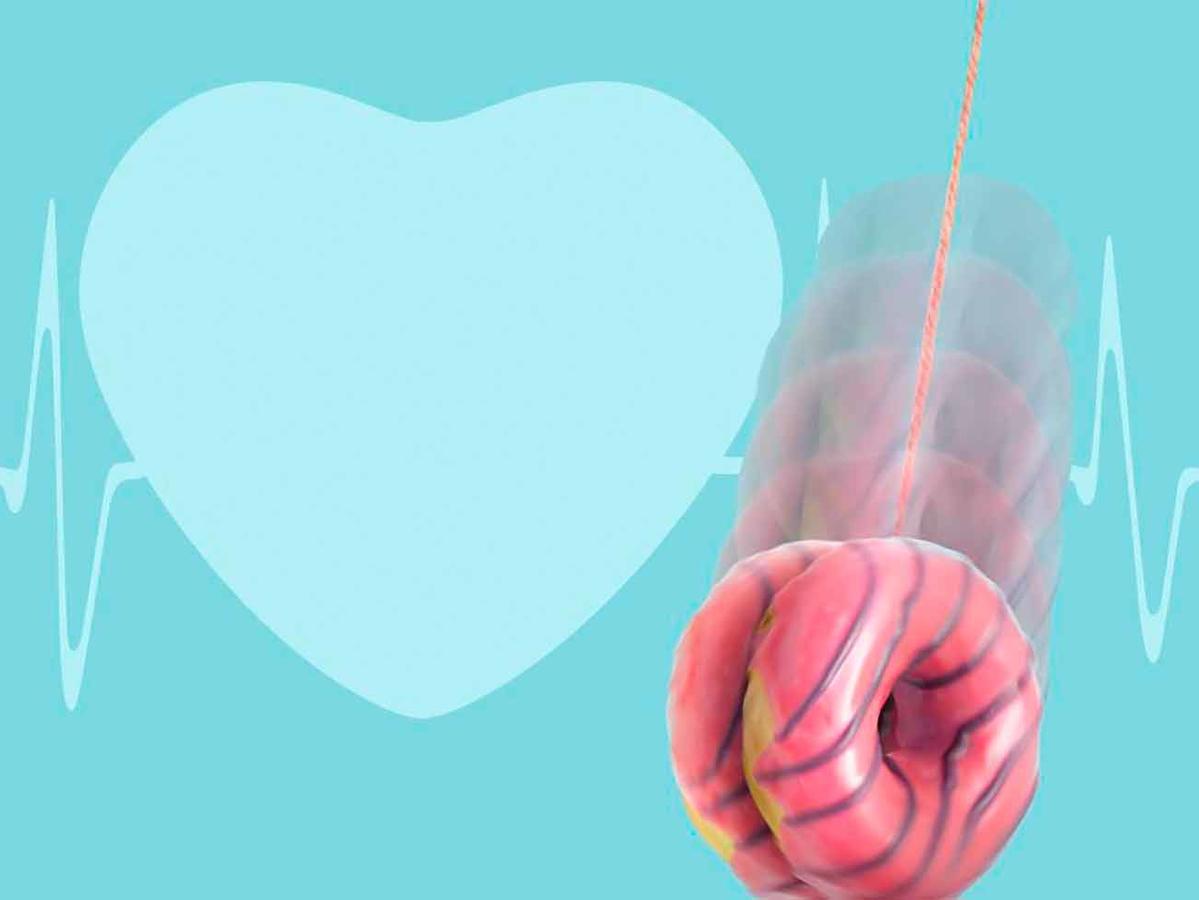 It’s a scenario so many women can relate to: You succeed at losing weight, only to gain it back six months later. You shed the pounds again, but they return…and the cycle continues. This up-and-down routine is the definition of yo-yo dieting, and as a new study shows, the term isn’t reserved only for people who yo-yo drastic amounts of weight.

Preliminary research presented at this week’s scientific conference of the American Heart Association (AHA) found that women who yo-yo diet as little as 10 pounds have a higher number of risk factors for heart disease than women who have never been on that gain-lose-gain merry-go-round.

In the study, researchers at Columbia University focused on 485 women, asking them how many times they’ve lost and then regained at least 10 pounds in any given year. The average age of the study subjects was 37, and the average BMI came in at 26. (A woman with a BMI of 25 or higher is considered to be overweight.)

Unsurprisingly, the researchers found that yo-yo dieting was very common; 73% of the study subjects reported losing and regaining a minimum of 10 pounds at least once—and some cycled the weight up to 20 times in their lifetime. The scary part: Women with a yo-yo dieting history scored lower on an AHA measure called “Life’s Simple 7.” These are seven heart-protective lifestyle markers the AHA has identified as being important to cardio health: “eat better,” “get active,” “lose weight,” “quit smoking,” “reduce blood sugar,” “control cholesterol,” and “manage blood pressure.”

The more times a woman yo-yo dieted, the worse she scored on the AHA measure, researchers found.

“Achieving a healthy weight is generally recommended as heart healthy but maintaining weight loss is difficult and fluctuations in weight may make it harder to achieve ideal cardiovascular health,” Brooke Aggarwal, senior author of the study, said in a press release.

The yo-yo dieters were also 82% less likely to have a BMI in the healthy range. That makes sense, as research shows that it’s common for people to lose weight quickly on a diet only to slowly gain it back. One 2015 study in Obesity Reviews stated that when it comes to dieting, “weight regain is generally the rule.” In fact, as much as two-thirds of the pounds lost are regained within the year. And almost all the dropped pounds come back within five years, the 2015 study found.

The authors of the latest study clarified that while their research found a link between yo-yo dieting and heart disease risk factors, they stated that more (and longer-term) research is needed.

This isn’t the first time that studies have suggested an up-and-down weight can be harmful to a person’s health. A 2018 study linked weight fluctuations to a greater risk of mortality (though it wasn’t associated with heart disease). On the other hand, a 2014 research review of 20 previous studies found that weight cycling did not have a negative impact on health.

What’s the takeaway if you’re a yo-yo dieter? You might want to consider the role fad diets play in all of this. Most plans that promise quick weight loss of more than a pound a week are almost guaranteed to fail—because even if you do drop weight, the diet itself is difficult to sustain. Plus, many plans don’t provide you with the information and tools to keep the weight off. Eventually, the pounds creep back on.

A better way to lose weight is to eat with your health in mind. In other words, don’t diet; instead, load up on nutritious, whole foods (such as lean protein, fruits, veggies, legumes, and whole grains) and stay active—and let your body shed any excess weight at a slow, steady, sustainable pace.