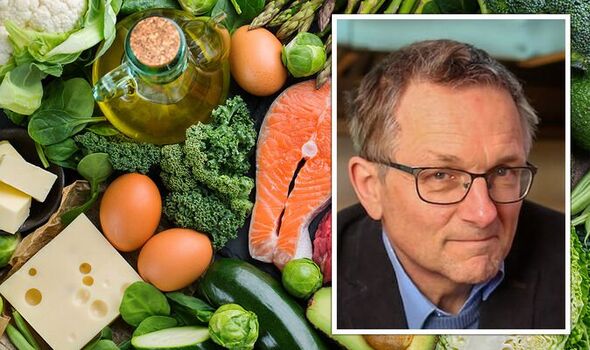 Michael Mosley explores the issues and proposes a plan to fix the “obesity crisis” in the UK before it affects the NHS.

Michael Mosley explained the UK is the second most obese country in Europe.

Over a million people were admitted into an NHS hospital last year for health complications related to obesity.

The doctor claimed politicians are “not doing enough” to stop this issue.

According to the expert, one of the reasons behind the high levels of obesity may be the fast-food advertising and the food industry giants behind it.

However, after submitting a petition, the UK Government explained there isn’t enough evidence linking food advertising and the obesity rates in the country.

Michael Mosley proposed the solution to “severely restrict the advertising of junk food” as it worked with smoking after banning all tobacco advertising.

Recent research also points at the food industry, and in particular, the manufacturers of ultra-processed food, which he explained are the foods people who want to lose weight fast should cut out completely.

“These are high calorie foods that are often packed with sugar, fat and salt, as well as chemical flavourings and preservatives.

“They are designed to stimulate the reward circuits in our brains, so once we start eating them we find it really hard to stop,” said Dr Mosley.

“That is instant noodles, soups and desserts.”

For instance, the NHS food scanner app, which is supposed to give dieters healthier alternatives, was not proven successful when used by a young family during the show.

Michael Mosley also explained the NHS weight loss program has been unsuccessful after most participants only lost three pounds in 12 weeks.

Jamie Oliver also appeared on the show as he vigorously promoted the sugar tax which was introduced in 2018.

The sugar tax was designed to force manufacturers to reduce those high quantities of sugar.

Michael Mosley explained the sugar tax “did make a difference”.