Kirstie Alley’s weight loss stunned fans after she dropped a whopping 5st 3lb at the age of 60. She revealed her habit of emotional and binge eating started to take toll when she hit the menopause as her weight started to creep up.

But how did she lose it all?

The American actress wanted to lose the excess weight she had acquired through a range of different methods.

These include calorie restriction and exercises such as dancing, yoga, jogging, and running.

In a previous interview with US chat show host Wendy Williams, Kirstie revealed that she was a foodie and “loved to overindulge” in all kinds of fattening foods such as cheeseburgers, pies, and brownies. 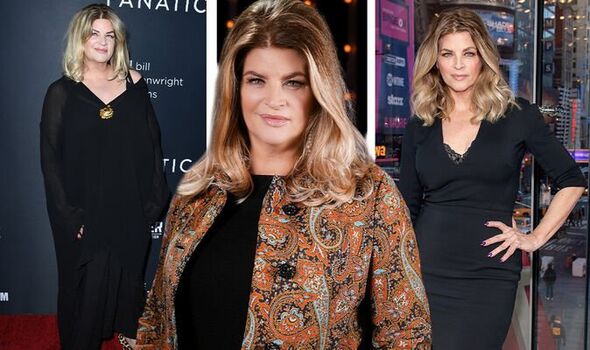 In 2005, she appeared in the TV series Fat Actress, where she said she struggled to figure out her meals without help of a nutritionist.

She also told the Today Show at the time: “The main thing I realised about myself is I really need to be held accountable for things because I have a tendency to go sort of wild.

“Food is one of the things where I can go sort of wild.”

Her weight ballooned to 16st 21lb (103kg) and after coming across unflattering photos of herself published in the press, she decided to change her ways.

She began exercising properly and embarked on a healthy eating routine, wanting to get rid of all her bad eating habits.

Her tremendous weight loss led he to appear in a bikini on The Oprah Winfrey Show in 2006, and explained how she had learnt how to take her health seriously.

But due to lifestyle changes, she piled the weight back on and just before Kirstie started season 12 of Dancing With The Stars in 2011, she weighed 16st 4lb (104kg), according to People.

During and after the show she began to focus on herself again, and dropped a whopping 7st 1lb (100lb).

She put this down to a combination of hours spent in the studio and an organic diet.

For years experts have recommended sticking to key weight loss strategies in order to maintain a healthy weight.

Eat plenty of fruit and veg

Use a smaller plate