How to live longer: NHS advice on foods to avoid if you’re over 65 revealed

Food poisoning is usually contracted after eating or drinking something that has been contaminated with germs, usually after it has not been cooked or stored properly. It is rarely serious, and most people recover without treatment, but those over the age of 65 are especially vulnerable to a severe bout – even life-threatening in some cases – as your immune system is not as strong as that of someone younger and it is harder for your body to fight off germs. Older people can also take longer to recover from food poisoning, but there are some simple steps that can be taken to avoid the foods that are more likely to cause problems than others. The NHS has identified seven key areas to steer clear on its website.

The advice reads: “It’s best to avoid eating mould-ripened soft cheese, such as brie and camembert along with soft blue cheeses, such as Danish blue, gorgonzola and Roquefort, and any unpasteurised soft cheeses.

“These cheeses can be risky to eat when you’re older because they may be less acidic and contain more moisture than hard cheeses, which makes them an ideal environment for food-poisoning bugs, particularly listeria, to grow in. Cooked soft cheeses are fine because heat kills this bacteria.

“Try to steer clear of all types of fresh or chilled pate, including vegetable pates, as they can contain listeria. 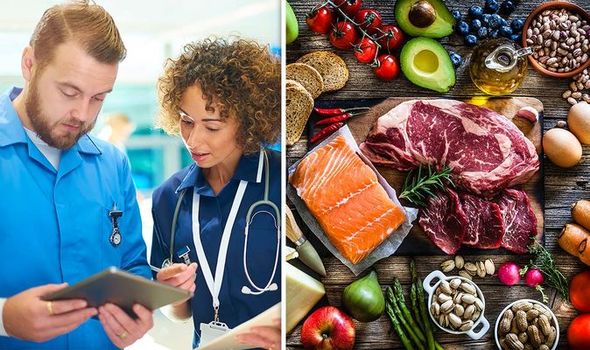 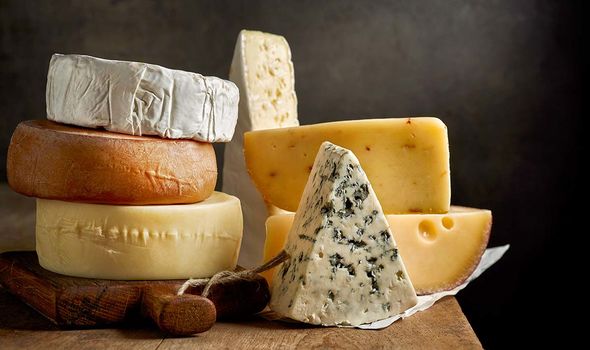 “Tinned pâté should be harmless as it will have gone through heat treatment as part of the canning process.”

The NHS says: “Eggs produced under the British Lion Code of Practice are safe to eat raw or partially cooked, these have a red lion logo stamped on their shell.

“However, people who have a weakened immune system and are on special diets should cook eggs thoroughly (until the whites and yolks are solid).

“Avoid any eggs not produced under the lion code if they are raw or undercooked, and any foods that contain them, such as homemade mayonnaise and hollandaise sauce. 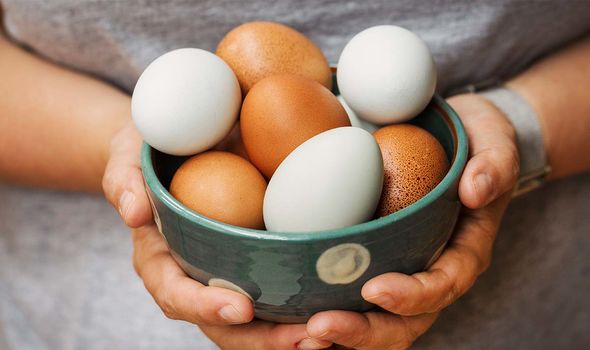 “This is because they increase your risk of salmonella food poisoning.

“Duck eggs, quail eggs and goose eggs should be cooked until the whites and yolk are solid.”

The website explains: “Many cold meats such as salami, prosciutto, chorizo and pepperoni are not cooked, just cured and fermented, so there’s a risk that they contain toxoplasmosis-causing parasites.

“It’s best to check the instructions on the pack to see whether the product is ready-to-eat or needs cooking first.

“For ready-to-eat meats, you can reduce any risk from parasites by freezing cured/fermented meats for four days at home before you eat them.

“If you’re planning to cook the meat (for instance, pepperoni on pizza) then you don’t need to freeze it first. 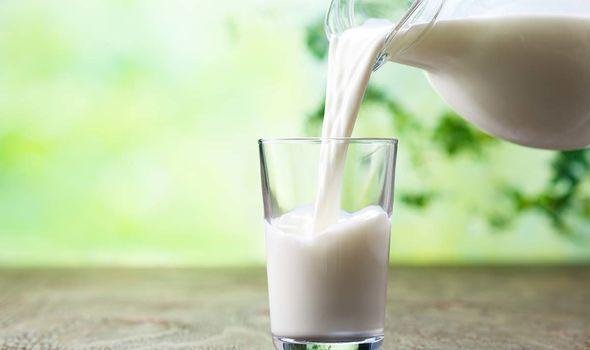 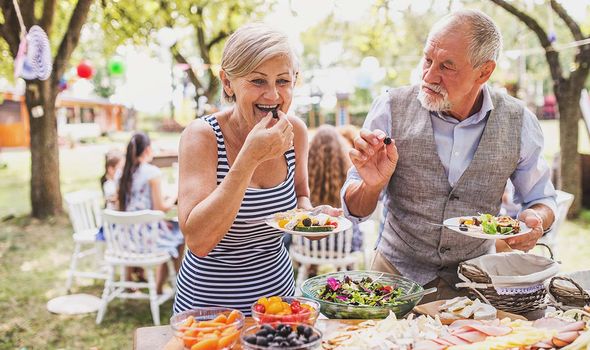 “If you’re eating out in a restaurant that sells cold cured/fermented meats they may not have been frozen. If you’re concerned, ask the staff or avoid eating it.”

Raw or undercooked meat and poultry

The NHS warns: “Be careful at barbecues, rare or undercooked meat – especially poultry, sausages and burgers – can harbour food poisoning bugs such as salmonella, campylobacter and E.coli.

Make sure you cook meat or poultry thoroughly so there’s no trace of pink or blood and remember to wash your hands along with all kitchen surfaces and knives after preparing raw meat or poultry to prevent spreading any harmful bugs.”

Advice on this section adds: “Raw shellfish (such as mussels, lobster, crab, prawns, scallops and clams) can contain harmful bacteria and viruses that can trigger food poisoning.

“Cooked shellfish is safe, as are cold pre-cooked prawns.”

“In reality, all the milk sold in shops and supermarkets will be pasteurised or UHT, you can only buy unpasteurised milk direct from farms, farm shops and at registered farmers’ markets.”

The advice here says: “Beware of raw or lightly cooked beansprouts as they’re a potential source of food poisoning.

“The warm, moist conditions required to grow sprouts are ideal for the rapid growth of bacteria.

“So make sure to cook all sprouted seeds thoroughly until they’re steaming hot throughout before eating them.”

The symptoms for food poisoning include feeling and being sick, diarrhoea, stomach cramps, and a high temperature.

These usually start within a few days of eating the food that caused the infection.

Most people can treat themselves at home and the symptoms pass in a week, but if they don’t you should seek medical assistance as soon as possible.