Catherine Tyldesley is best known for playing Eva Price on the ITV soap opera Coronation Street from 2011 to 2018. After participating in Strictly Come Dancing 2019, the mum-of-two opened up about her battle with her weight and confidence.

The actress, who fronts new show Diet: Trust Your Gut? has explained how having more knowledge and awareness of her gut health has impacted her life, she previously ate a high-protein diet.

According to Hello Magazine, the actress previously weighed 95kg and wore size 22 clothes.

Back in 2018, the Coronation Street star posted her weight loss transformation to her Instagram after a 12-week fitness programme. 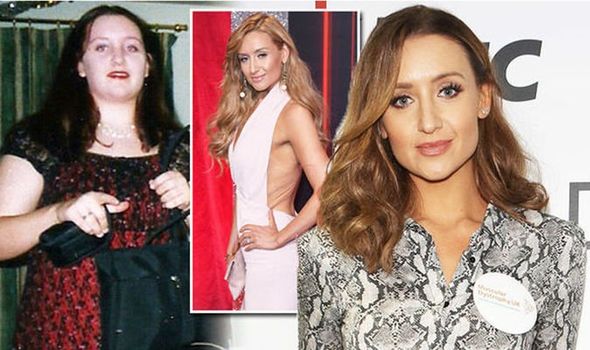 During the programme, Catherine slimmed down by six stone and dropped seven dress sizes through superset weight workouts and intense cardio.

She revealed a typical day of eating would have seen her eat an omelette with spinach, tomatoes and mushrooms for breakfast, and prawns or tuna with broccoli after exercising.

Lunch could be a chicken and avocado salad with asparagus, whilst blueberries or any fruit would serve as an afternoon snack,

Homemade steak burgers with aubergine fries would be a dinner favourite and a sweet would be a coconut yoghurt.

DONT MISS:
Lockdown exercise: The workout that burns the most calories – including walking the dog
James Martin weight loss: Celebrity chef cut this from diet plan to shed a whopping 6st
Weight loss shock: This diet plan can help you slim down fast – expert issues warning

Regularly, Catherine posts healthy recipes to her 603k followers on Instagram along with exercise routines.

On Wednesday, Catherine shared an Instagram story which showed her exercising whilst in isolation,

The former soap actress called on her personal trainer husband, Tom Pitford, to increase her stamina by including multiple cardio workouts into her routine ahead of her appearance on Strictly. 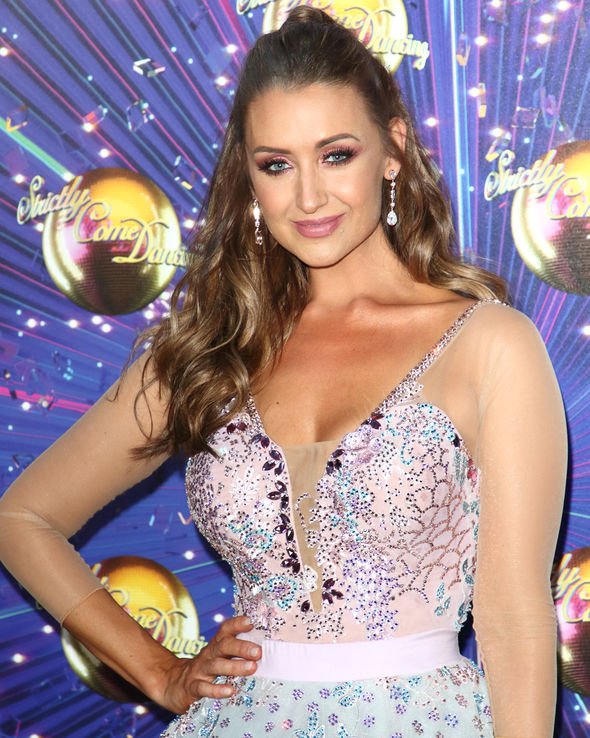 In an interview with Hello magazine she said: “I’ve been doing more cardio. I’ve tried to do more.

“My husband’s a PT and he said, ‘Let’s get your feet moving faster’, and ‘Okay, now go faster’.

The actress and her professional dance partner, Johannes Radebe got eliminated in week six from Strictly Come Dancing but went onto dance in the Strictly tour which travelled around the UK.

Unfortunately she was forced to quit the tour after suffering an injury and returned to the gym as part of her rehabilitation.

The 36-year-old showed off her stunning weight loss from dancing night after night over on her Instagram account.

The Coronation Street star displayed her continued weight loss as she pulled her silk skirt away from her waist to reveal her slim figure.