Coined CurraNZ, the New Zealand Blackcurrant extract supplement could offer women a natural weapon to burn more fat in problem areas during just 30 minutes of moderate brisk-walking, a study has found. The berry supplement, which is a concentrated source of natural plant phytochemicals called anthocyanins, may make the body favour fat as fuel – and it seemed particularly effective in those with more body fat on the legs.

Researchers said the berry’s fat-burning properties could offer dieters a “serious tool” for improving the outcome of dieting and exercise.

Mark Willems, professor of exercise physiology at the University of Chichester who ran the study, says: “We can seriously start to think that a blackcurrant extract is a very useful supplement for bodyweight management when used with exercise and a restricted diet.

“These latest results provide yet more evidence that New Zealand blackcurrant extract can deliver greater benefit to people who carry extra weight – particularly in the legs.”

The World Health Organisation recommends 30 minutes of brisk walking a day, five days a week, in order to maintain health and reduce the risk of non-communicable disease. 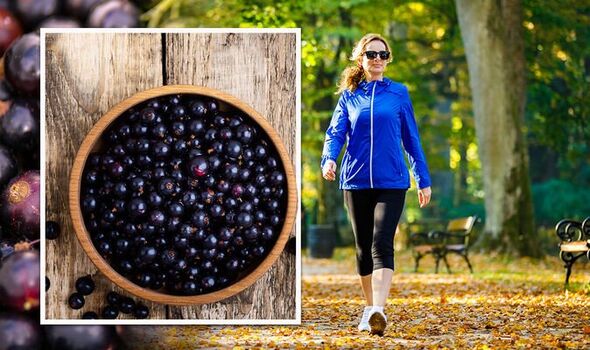 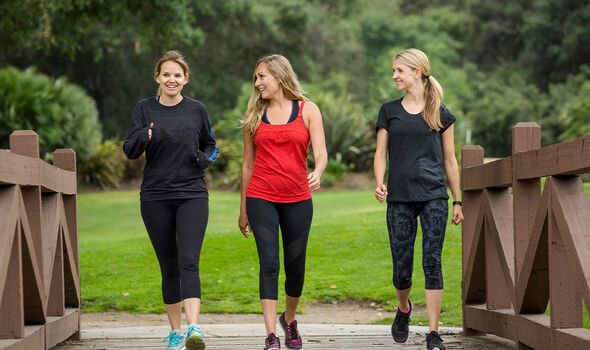 The humble blackcurrant, however, may be able to dramatically improve the health outcomes from this popular and common form of activity.

After testing a group of recreationally active women during 30 minutes of brisk walking, after taking 600mg of CurraNZ, for seven days, the study found the supplement increased fat burning by 25 percent, while nine participants improved by 14 percent or more.

A previous study on the supplement in trained endurance females during two hours of cycling showed that using the supplement for a week improved fat-burning adaptations by 27 percent.

These increases are normally only seen after three-four weeks of regular endurance exercise, according to professor Willems.

However, he continued: “The difference in our latest study shows that these improvements can be achieved without breaking a sweat and is applicable to everyone, including people with naturally higher rates of fat burning.

“You don’t have to go to the gym or undertake strenuous exercise for hours at a time – you can enjoy meaningful improvements during normal activities across the course of the day.

“This could be walking to the shop, gardening, or doing housework – any low-to-moderate intensity activity will fall into this category.

“Most of us do this for a few hours a day naturally – without breaking a sweat.”

DON’T MISS:
Michael Mosley’s simple hack to ditch cravings once and for all [EXPLAINED]
Couple shed 12st just in time for wedding – before & after photos [PICTURES]
Bloating could be caused by ‘unsuspecting’ healthy foods in your diet [ANALYSIS] 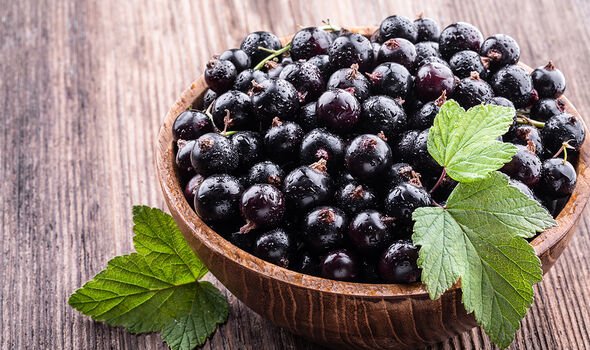 This study, which is part of a programme of British research, showed that women more than doubled their fat burning rates when compared to men undergoing the same exercise protocol.

The research on men, published last year, also showed blackcurrant is more effective when used over a longer time period.

Fat burning rates saw a six percent increase after 14 days – with the potential for similar outcomes in women.

Those with larger amounts of fat on their legs, however, benefited more from the CurraNZ supplement than those with fat localised to their arms.

Researchers believe this is because adipocytes (fat cells) in the legs may contribute more to fat burning during exercise than cells located in the arms or abdomen.

The study also found that those who already have a good, healthy diet, can still benefit from the supplement.

This is because New Zealand blackcurrants, which is what CurraNZ is made from, are said to contain one of the highest densities of anthocyanin of any berry and 1.5 times more than European blackcurrants.

And anthocyanins are said to be proving “exceptional” for enhancing blood flow and fat burning, according to professor Willems.

He explained: “Even people who make all the correct dietary choices by eating lots of fruit and vegetables will still receive benefit from using this blackcurrant extract.

“We saw improvements in these individuals with high dietary anthocyanin intake, meaning a New Zealand blackcurrant extract delivers these additional health and exercise benefits even if you’re health conscious and are doing all the right things.”