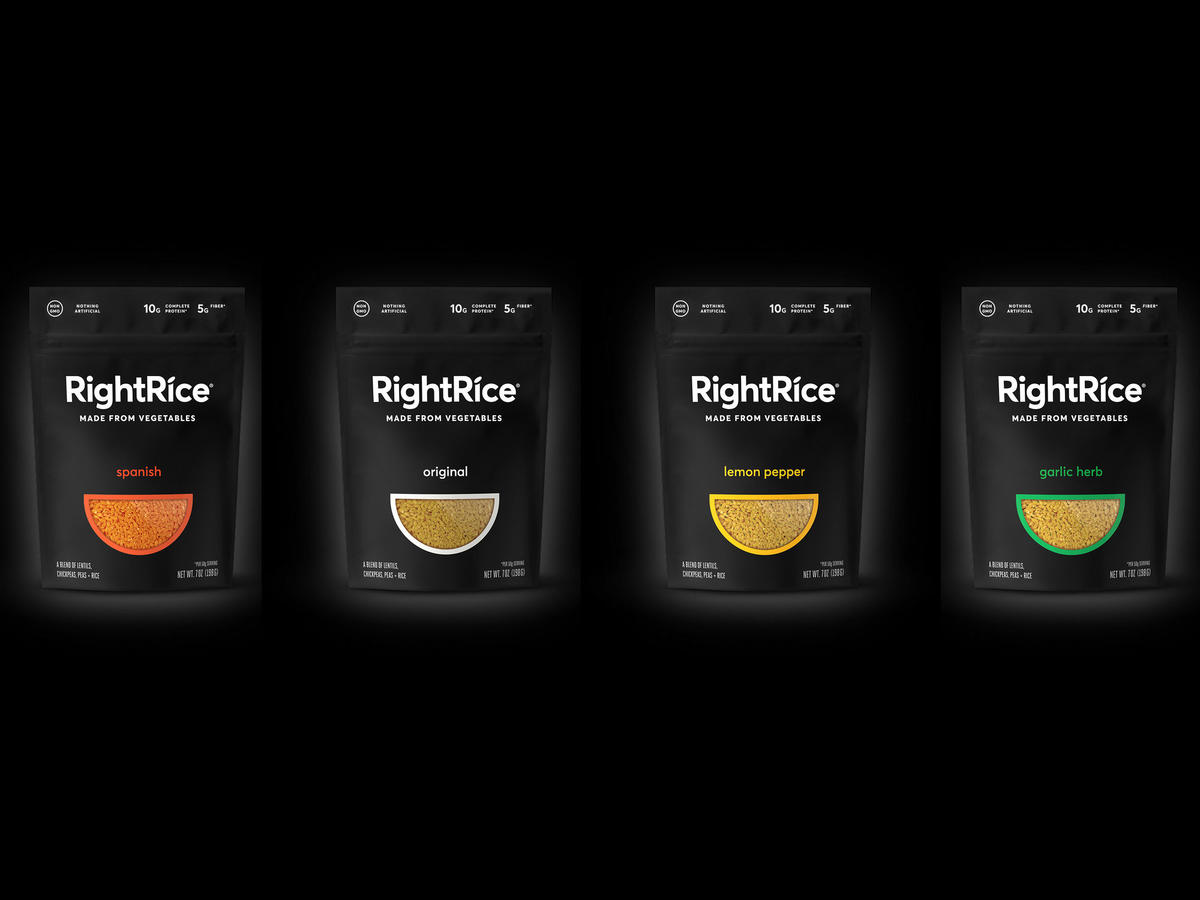 Rice alternatives—basically orzo-style non-wheat pastas—are all the rage right now. And they can be really great to make, especially when they’re healthy and easy to cook—so we were excited when RightRice sent us some of their new rice alternative to try. RightRice’s products are made with lentils, chickpeas, peas, and even some rice to help boost the amount of protein and slash the amount of carbs found in traditional rice.

And we have to say, the nutrition is pretty impressive at first glance: The original flavor has 180 calories, 2g of fat (no sat fat), 30g of carbs, 5g of fiber, and 10g of protein. It’s also worth mentioning that the protein in RightRice is considered a complete protein—meaning it has all nine essential amino acids, like quinoa or chia seeds—so it would be a great way to supplement a plant-based diet (or just add to an omnivore one!)

RightRice is really easy to cook, too. You simply bring a cup of water to a boil, dump in a cup, cover your pot and remove from the heat, and let it sit for 12 minutes. After the 12 minutes are up, you fluff it up and dish it out.

RightRice currently has four flavors: Original, Spanish, Lemon-Pepper, and Garlic-Herb. All of them have roughly the same nutrition; the only difference comes down to sodium (all three flavored varieties have a pretty reasonable 390mg, or 16% of your recommended DV. The original only has 145mg.)

Our editors tried all four flavors of RightRice—here’s what we thought of each.

Everyone agreed this one has a good, neutral flavor and a nice, orzo-like texture. Most of our tasters would choose to purchase this one, and then add flavorings depending on what we were making.

This flavor was not our favorite. The texture was good, but several said it was “too salty” and had a “fake lemon taste.” So, unless you’re looking for a major flavor boost, maybe skip this one and opt for another variety.

Our nutritionist, Brierley Horton, MS, RD, said she loves that this only has 390mg of sodium because some pre-seasoned Spanish rices on the market have nearly double that amount. Our tasters said that it had a really strong tomato flavor, and that the red pepper and spice didn’t come through as much as they would’ve liked. One taster said it “would make a really good rice bowl base with some veggies and a sprinkling of spicy chorizo.”

Tasters said this flavor had a “nice balance,” and it “wasn’t overpowering,” but they wanted more of a fresh herb taste.

The bottom line: This rice alternative is easy to cook, and it’s pretty darn healthy. It’s vegan, kosher, gluten-free, non-GMO, and has no artificial flavors or colors. Want to try it for yourself? Pick it up at select Whole Foods locations, or buy it on Amazon.