There's a Petition to Save Taco Bell's Mexican Pizza and It Has More Than 65,000 Signatures 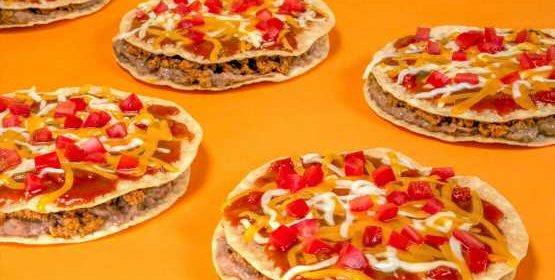 While many restaurants have gone through changes during this strange year, few have drawn the ire of their most ardent fans quite like Taco Bell. 2020 has seen the Mexican-themed fast food chain pare down its menu a fair amount, a move that’s left fans furious about some of the items that were placed on the chopping block.

Specifically, hardcore Taco Bell stans are pretty upset about the impending disappearance of the Mexican Pizza. Now, they’re taking matters into their own hands in an attempt to bring it back.

A while back, Krish Jagirdar started a Change.org petition to “Save the Mexican Pizza” in the hopes of doing just that. Describing it as “an item loved by many, especially in the South Asian community,” Jagridar’s petition states that getting rid of the Mexican Pizza “would not only be the loss of one of our favorite foods but a piece of our childhood & heritage as Indian Americans.” In addition to encouraging everyone to sign and share the petition, he also hopes that fans will “buy as many Mexican Pizzas as possible to drive their numbers” before their rumored departure from the menu on or around November 5th.

His plea hasn’t fallen on deaf ears. So far, more than 65,000 have joined Jagirdar by signing the petition, putting it well on its way to the targeted 75,000 signatories, at which point Taco Bell will hopefully at least acknowledge that their decision has bummed that many people out.

Other Taco Bell-loving corners of the internet have voiced their frustration as well. The Taco Bell subreddit r/TacoBell has been set to private in protest of the decision, and “will remain locked until Taco Bell reverses their decision to remove Mexican Pizzas from the menu.”

Taco Bell may have a tough time reversing course, but it’s not impossible. The decision to get rid of the Mexican Pizza wasn’t dictated by a lack of interest as much as its wasteful packaging, which required up to seven million pounds of paperboard each year. Hopefully the brand is hard at work on a new, sustainable way to serve the Mexican Pizza so that it may return once again.

For now, though, any frustrated fans may want to sign that petition and circulate it widely. There’s no guarantee that it’ll make a difference, but sometimes living mas means taking a leap of faith and hoping for the best.