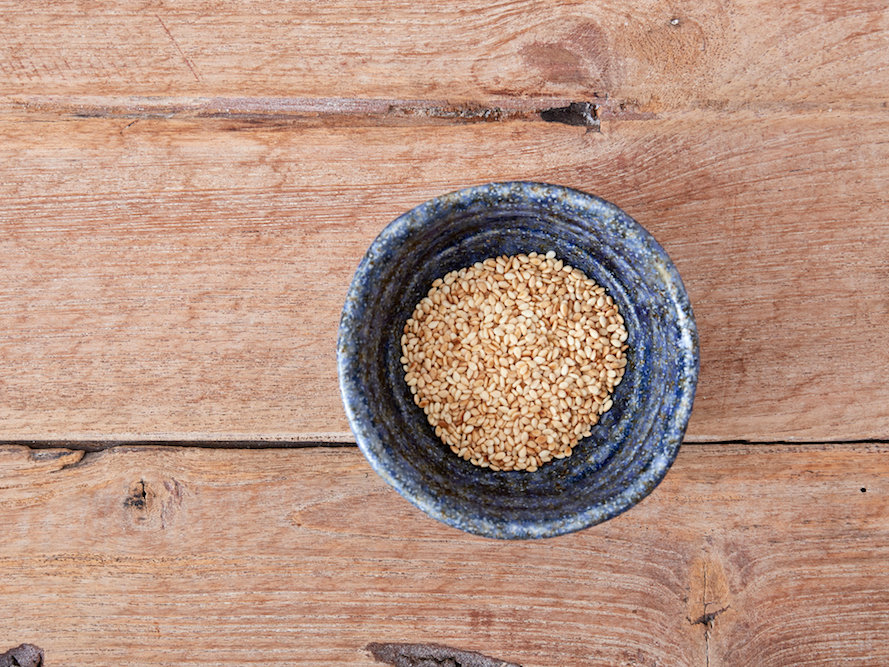 Sesame may be the newest allergen to require labeling on food packages, according to a recent FDA announcement. Turns out that sesame allergies are a growing concern in children and babies, with some studies showing they affect as many people as soy and fish allergies do.

“Food allergies in general have gone up 50 percent since the 1990s in children,” says Purvi Parikh, MD, an allergist/immunologist with the Allergy & Asthma Network. “Awareness of sesame as an allergen is leading to more allergists diagnosing it and patients seeking treatment.”

Because sesame hasn’t been included on this list, there’s no rule stating it needs to be identified on labels. What’s worse, sesame can be hidden in ingredients such as “spices”, “natural ingredients”, and “natural flavors”. Some people may also be unaware that tahini, an ingredient in hummus and other foods, is a paste made from sesame seeds. Sesame also crops up in some pretty strange places, like candy corn, some pizza doughs, and certain vitamin E supplements, according to Dr. Parikh, who adds that a lot of Mediterranean and Asian food is cooked with sesame.

Obviously, though label reading is critical, it’s not foolproof for people with sesame allergies. “If ingredients are vague and not listed clearly, the safest bet is to not eat it,” says Dr. Parikh.

Some people are more likely to have sesame allergies. There’s some cross reactivity between peanut, tree nut, and sesame, says Dr. Parikh. “There’s an even a higher rate if you are already allergic to a seed like mustard seed for example,” she notes.

Sesame allergy symptoms are the same as with other foods. Hives, itchy mouth, vomiting, and redness of the skin are a few of the most common. Symptoms of a severe food allergy include difficulty swallowing, swelling of the tongue, shortness of breath, and chest pain. That kind of reaction, called anaphylaxis, is life-threatening should be treated immediately with an epinephrine auto-injector and a trip to the emergency room for follow-up and observation (in some cases, a second reaction can occur hours later).

To figure out the scope of sesame allergies and whether labeling rules should be changed to include sesame, the FDA is currently looking for input from health professionals, food companies, and consumers. If sesame allergies affect your family and you want to weigh in, go here and find out how to submit a comment.

Sally Kuzemchak, MS, RD, is a registered dietitian, educator, and mom of two who blogs at Real Mom Nutrition. She is the author of The 101 Healthiest Foods For Kids. She also collaborated with Cooking Light on Dinnertime Survival Guide, a cookbook for busy families. You can follow her on Facebook, Twitter, Pinterest, and Instagram. In her spare time, she loads and unloads the dishwasher. Then loads it again.