Reese's Puffs Bunnies Are Back 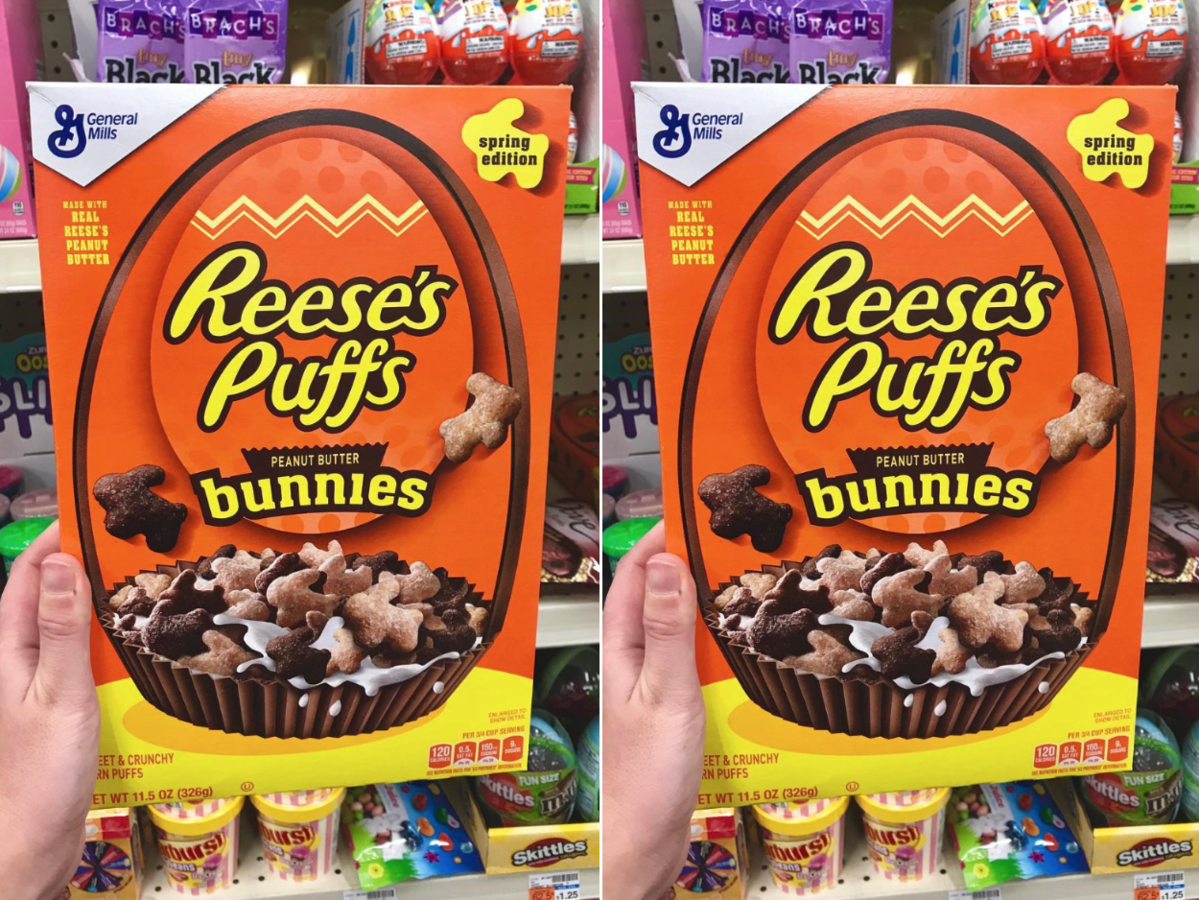 Forget Peeps—I think it’s time we make Reese’s the official candy of Easter. There’s already a Reese’s egg (which, in my opinion, is far superior to the tree, pumpkin, heart, or whatever other holiday-themed shape the company comes up with), and I’ve just learned that a bunny version of Reese’s Puffs cereal exists. What?! Reese’s is taking this holiday by storm, people.

Instagram user @snackbetch spotted a box at CVS this week.

Reese’s Puffs Bunnies. A must buy! ? Spotted at CVS!

Apparently the bunnies made their first appearance back in two years ago, but this is the first we’re hearing of them.

According to Cerealously, a wonderfully named cereal blog that covered this back in 2017, the bunnies taste just like their spherical counterparts—but better.

“Why? Because the many nooks and crannies of these crunchy bunnies—from the folds of their ears to the pits of their paws—allow for more delicious peanut butter powder to adhere and stick to each piece,” the blog reads. “Just be warned: this extra powder also makes grabbing a handful of Reese’s Bunnies more messy than sneezing into a powdered doughnut.”