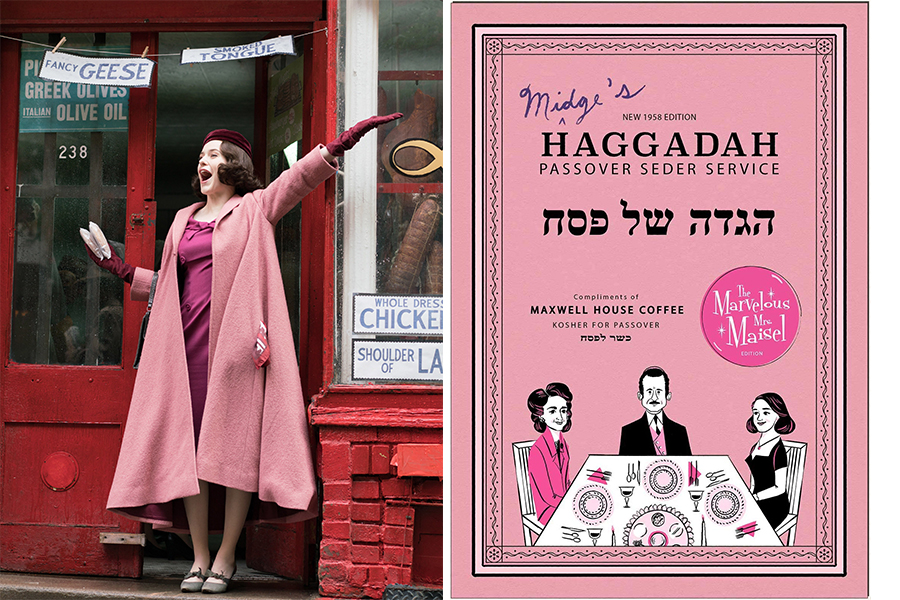 As a certified coffee snob™ of the highest order (I live in Seattle, after all), I am embarrassed to admit I have recently ordered huge quantities of Maxwell House coffee (“Coffee”?) to my house. And I have a promoted tweet to blame for it.

Yes, that’s right, the Tweet informed me that I could order a Marvelous Mrs. Maisel Passover Haggadah — based off the Amazon Prime Original television show. Never has a marketing ploy been better targeted. But this isn’t Maxwell House’s first foray into great promotions: they know exactly what they’re doing.

The coffee bean is a fruit, not a legume, declared an obscure Lower East Side rabbi in 1923, and thus, it is kosher for Jews to eat during the holiday of Passover. Maxwell House seized upon this in 1932 and began targeting Jewish audiences by printing a Haggadah — the book that guides the holiday meal. The iconic blue-and-white booklet with the Passover story and prayers in Hebrew and English has been a part of Passover in America since then — the most widely-used Haggadah in the country. But this year, the book got an upgrade and a brand-new audience when it forwent the traditional blue in favor of a retro-pink design based on the hit TV show.

“Midge’s Haggadah, Limited Edition” reads the cover, which claims to be the “new 1958 edition,” alluding to the year in which the show is set. A drawing of Midge and her parents graces the cover. Inside, the text stays pretty true to the traditional Maxwell House wording, but there are a few faux wine stains, more drawings of the Maisel family and their friends, and, of course, a recipe for Midge’s famous brisket.

Pretty tempting for the show’s fans, especially ones (um, it’s me) in the thick of Passover planning. There is, obviously, a catch: while the original Maxwell House Haggadah was supposed to be given out only with the purchase of coffee, it often was easy to ask grocery stores for a few extras. This version is sold only on Amazon, only with the purchase of Maxwell House coffee, and the only way to order multiple copies is in multiple orders or with multiple different items.

After an hour of hemming and hawing with my Twitter friends (many of whom had either already ordered it or were facing the same debate), I finally ordered two. This morning, I had the opposite of buyer’s remorse and purchased three more. Which also means that I have five different tubs of various styles of Maxwell House coffee arriving at my house later this month — some long after Passover will be over.

Now, who has a good use for 60 ounces of decaf coffee grounds and a little French Vanilla Beverage Mix?