If you haven’t noticed, the COVID-19 pandemic has meant that some of your favorite shows have either paused filming completely or might look quite a bit different. Guy Fieri knows this well and has done a great job making his adapting popular Food Network show, Diners, Drive-ins, and Dives, to be filmed at home, with some help from his son Hunter. Now, the celebrity chef is giving some info on how his other popular show, Guy’s Grocery Games will also resume filming safely.
In an interview with Fox News, Guy said that the show typically takes around 150 people to pull it off, which obviously cannot happen right now. This season it will be changed to Triple G Delivery with chefs getting boxes of ingredients and having to come up with meals that way.
“So what we’re doing is sending boxes of food to our chefs at home, and then giving them the challenges that they have to play using the food,” he said, calling the show “really funny.”
“Fortunately, giving some folks some work, giving some chefs some recognition, giving some fans some entertainment—you name all of it!” he said.
And just in case you still don’t have enough of Guy on your TV (because who does??) he also said that they’ve filmed a “bunch” of Triple D episodes at home and that he and Hunter are planning to do some more so we can also expect those coming soon. You can always count on Guy! 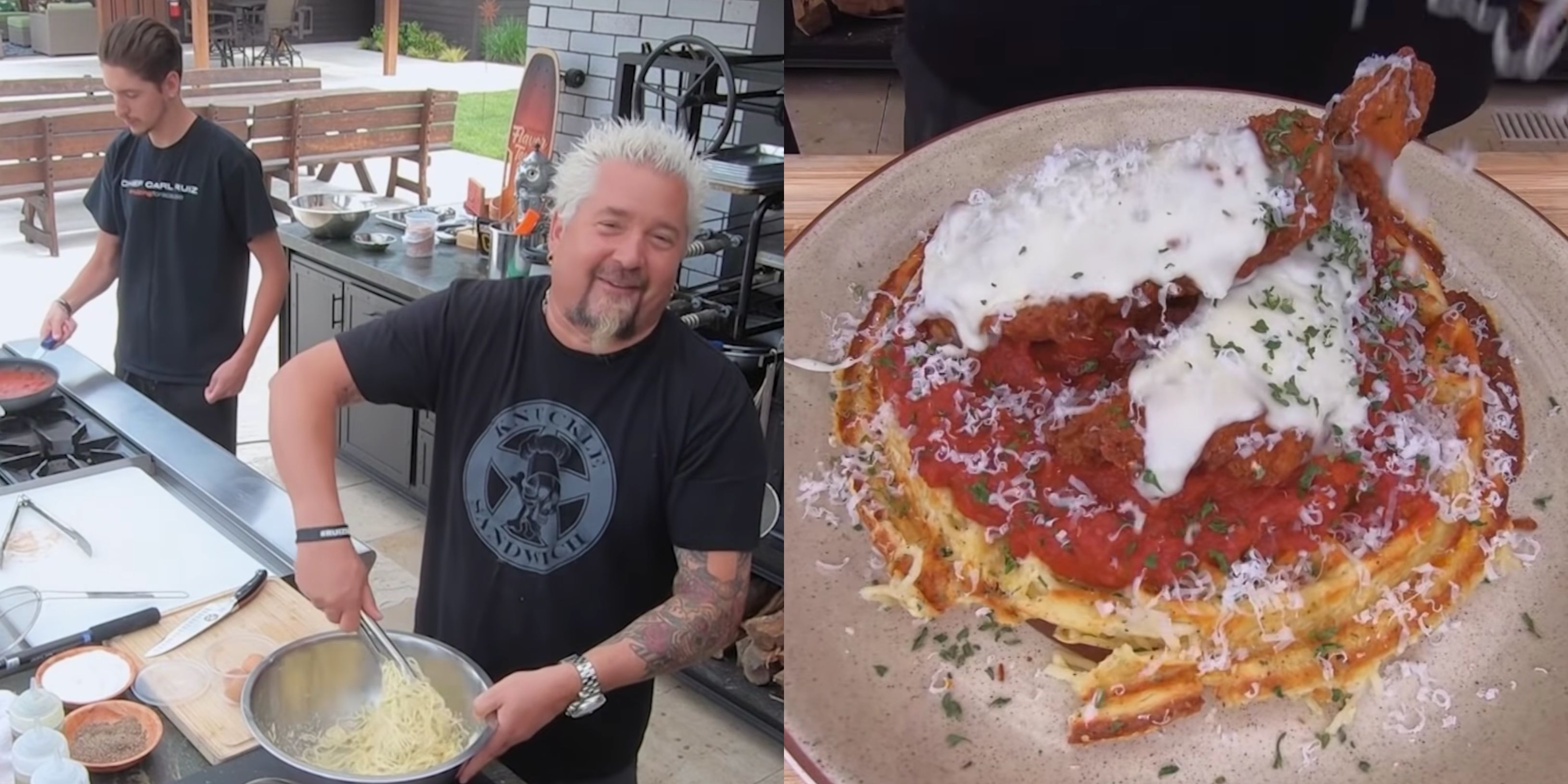