After being blocked by former President Donald Trump on Twitter for years, Chrissy Teigen discovered Wednesday night that she has a new Twitter follower: President Joe Biden.
In fact, Chrissy is one of only 13 people that President Biden’s official @POTUS Twitter account follows as of this writing. This likely came about after she tweeted at Joe Biden’s personal account @JoeBiden asking for a follow.
hello @joebiden I have been blocked by the president for four years can I get a follow plz
And while some questioned at that time if Biden (or rather, his team who runs the account) had better things to do on his Inauguration Day, Chrissy explained it was “just a dumb joke because I am a loserlol.” But nevertheless, a few hours later, Chrissy got her wish, becoming the only person the account follows who is not a part of Biden’s official team. (Note, since the time of the tweets, he’s followed a 12th and 13th account, but they’re also both government-related.)
When Chrissy discovered the news, it’s safe to say she completely freaked out, simply tweeting “OH MY GOD !!!!!!!!!!”
OH MY GOD !!!!!!!!!! https://t.co/BmBfkPZgEj
But she then followed up by tweeting “my heart oh my god lmao I can finally see the president’s tweets and they probably won’t be unhinged.” After that, she seemingly understood the weight of her newest high-profile follower, saying “I should prob never tweet again.”
The news came on the same day that Chrissy joined husband John Legend as he performed during the Celebrating America Inauguration Celebration, performing “Feeling Good.” Chrissy shared a few posts behind the scenes of the event prep (albeit, maybe a little bit earlier than she was supposed to!), and she also shared some snaps of the family enjoying the sights in Washington D.C. on her Instagram. 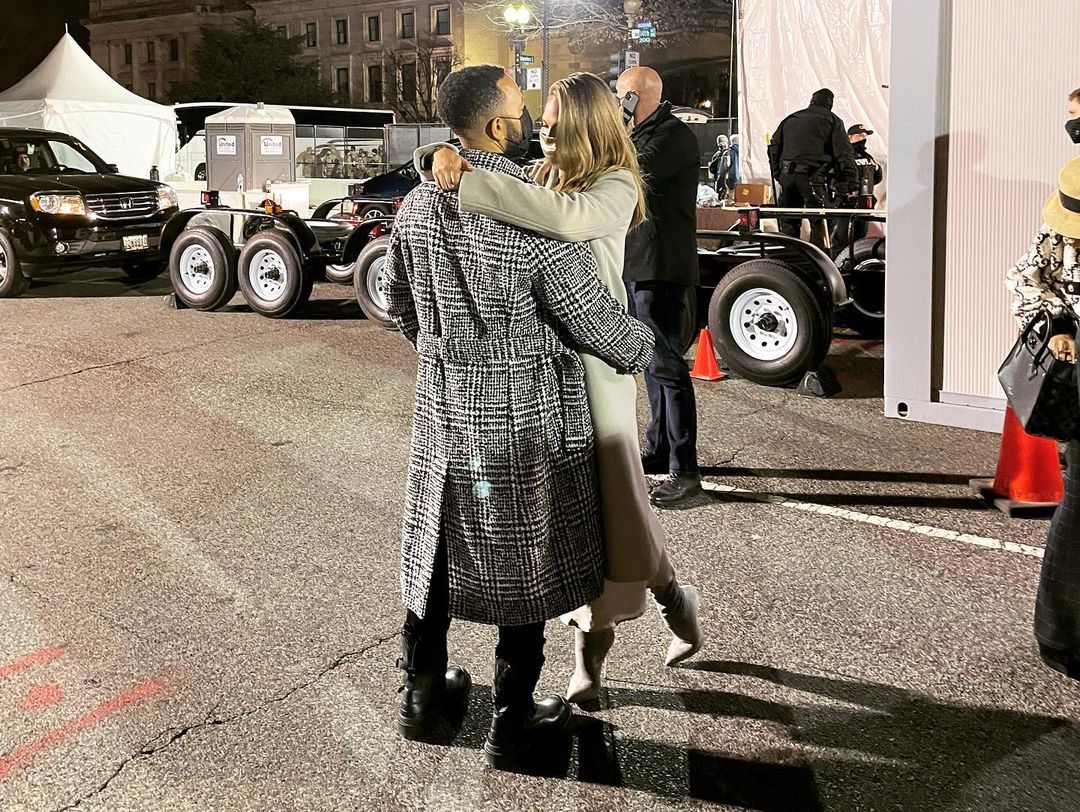