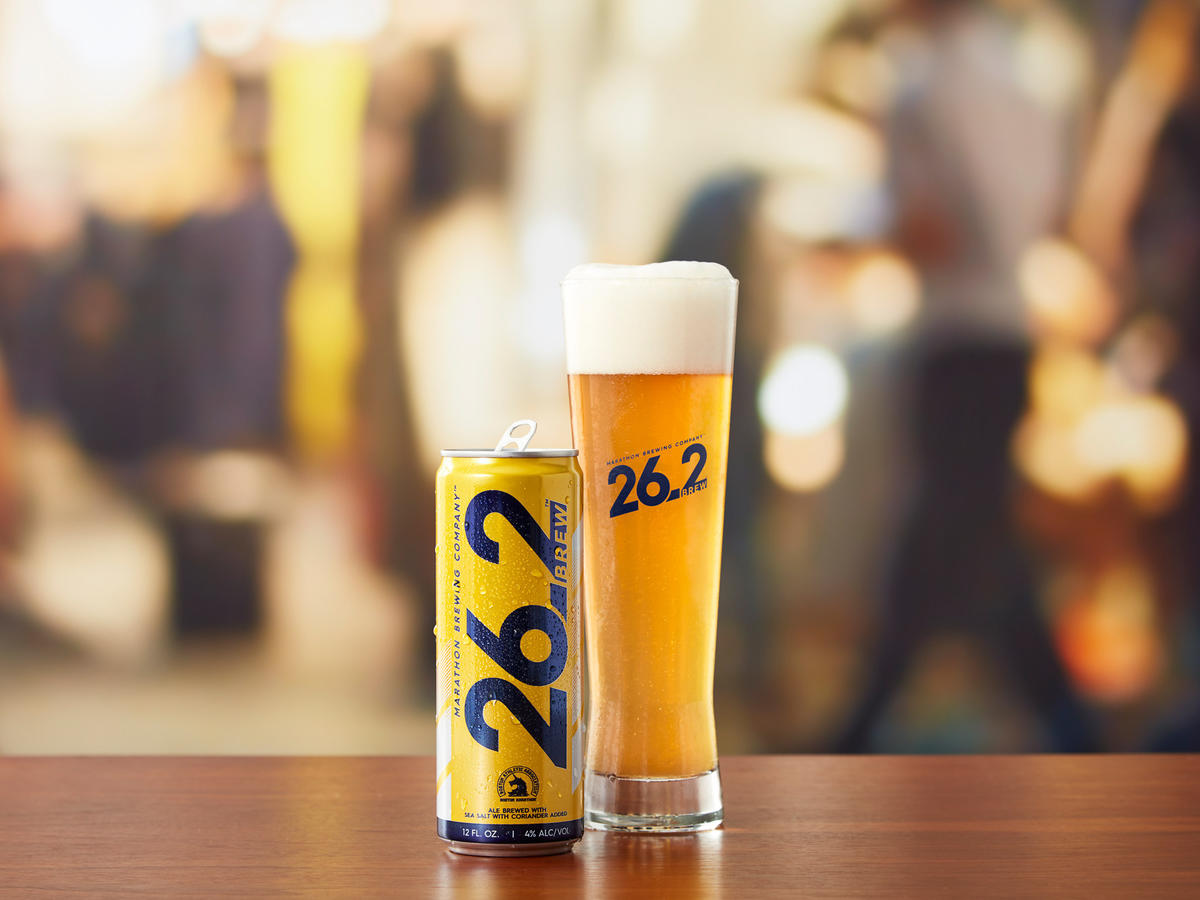 The Boston marathon is coming up, and that means one thing: beer.

No, really. Marathon Brewing, an offshoot of the Boston Beer Company (creator of Samuel Adams, Angry Orchard, and more), is amping runners and drinkers alike with a large-scale launch of 26.2 Brew, which is specifically designed for runners to drink after a marathon. It’s part celebration and part restoration—the golden ale is brewed with Himalayan sea salt and coriander and has a 4.0% ABV, 9 grams of carbs and 120 calories—and an ideal way for long-distance runners to cool down.

Thanks to Sam Adams, 26.2 Brew has been available in and around Boston for the past seven years. This year, however, the “evolved” version will be available nationwide in stores and on tap. The prices for a six-pack of bottles, 12-pack of slim cans, or 24-ounce can will vary by market.

Watch: How to Open a Beer without an Opener

Rather than sacrificing flavor to fit a low calorie mark, Marathon Brewing created a beer that provides what runners need (carbs!) and a great taste.

“As someone who loves beer and running, having the opportunity to brew a beer that helps runners celebrate their hard work was a passion project for me,” said Shelley Smith, Advanced Cicerone and Manager of Research & Product Innovation at The Boston Beer Company, in a press release.

26.2 Brew has gotten support from champion runners Meb Keflezighi and Desiree Linden, both Boston Marathon winners and Olympians. Naturally, 26.2 will be the official beer of this year’s marathon, and Marathon Brewing will sponsor nationwide marathons including the Los Angeles Marathon, OC Marathon, and Myrtle Beach Marathon.