8 Low-Carb Beers You Can Drink on the Keto Diet 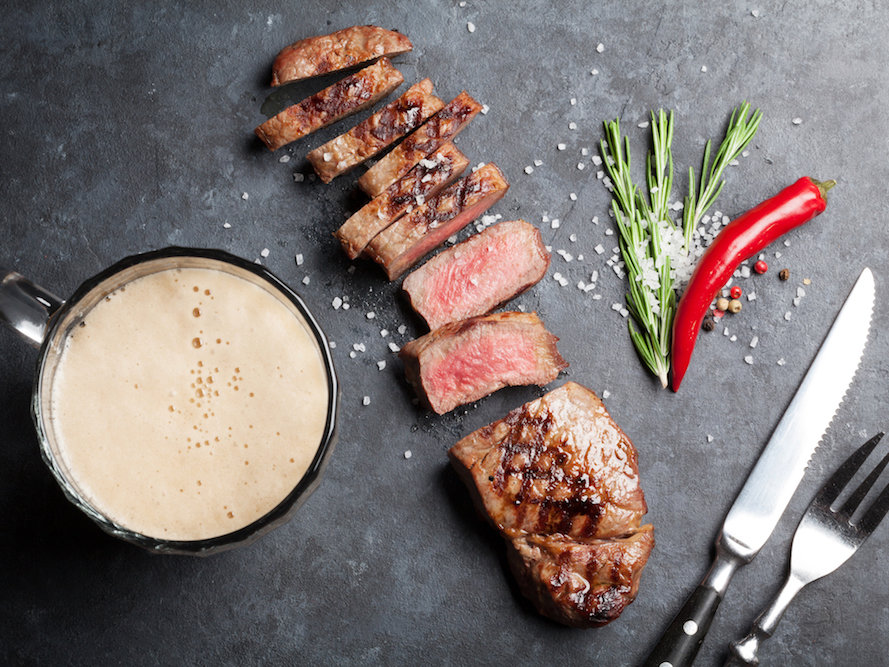 If you’re following the keto diet, or just eating fewer carbohydrates, beer (aka liquid carbs) was probably one of the first things you cut out. But there may be days when you just have to have a cold one, and in those instances, low-carb beer is the way to go.

Lucky for you, there’s a plethora of options out there. Hoppy craft beers, and deep, dark stouts are typically brimming with carbs (and sometimes calories, too), so focus on the “light” beers. They’re always lower in carbs than their regular counterparts.

That said, some have more carbs than others. And they vary in calories too. “To be labeled as ‘light’ the product needs to have one-third fewer calories compared to the full-calorie version,” explains Taylor C. Wallace, PhD, principal and CEO of the Think Healthy Group and adjunct professor in the Department of Nutrition and Food Studies at George Mason University.

To help you choose a brew, we’ve rounded up eight low-carb beers that clock in at less than 100 calories per serving. Plus, they’re easy to find on store shelves. Enjoy!

At 5 grams carbohydrate per serving, Amstel Light is about middle of the road for this category. It’s also light on the palate and quite refreshing.

With an aroma of toasted malt and subtle hops, this beer is the lowest of the low when it comes to calories and carbs. And also the only Budweiser brew that’s under our 100-calorie cap.

A little pricier than other light beers, this recently-launched line from the famous Mexican company actually clocks in at fewer calories and carbs than Corona Light (which is 99 calories and 5 grams carbohydrate).

The lighter version of the famous Dutch-brewed Heineken still delivers on taste. But f you don’t care about the booze, Heineken’s brand new non-alcoholic beer—Heineken 0.0—will give you that same classic taste for only 69 calories and 4.8 grams carbs.

This ultra-light lager has 20 fewer calories and 5.5 fewer grams of carbohydrate than Labatt Blue Light.

You won’t automatically get fit drinking this brew, but thanks to its few calories and even fewer carbs, it won’t derail your fitness goals. If you really want to cut back, pick up their 7-ounce bottle: It’s 55 calories and 1.5g carbs.

The “original light beer” (brewed first in 1975), this light pilsner ranks higher than most other light beers on Beeradvocate. Want even fewer calories and carbs? Try Miller Geniune Draft 64, which has just 64 calories per serving and 2.4g carbs.

If you’re new to light beer, this brew might be the one to start with, as it seems to sweep the category: Its Beeradvocate rating is the highest of the light beers, and tasters dole out plenty of praise for it.

Unfortunately, there’s no good indicator—such as bitterness from hops—that can help you ID other low-carb beers. “Obviously if the product tastes sweet, it likely has more sugar and carbs,” says Wallace. “But in general, quantities can vary between even similar products.”

To get more nutrition advice delivered to your inbox, sign up for the Healthy Living newsletter