10 Grocery Store Etiquette Rules You May Be Breaking 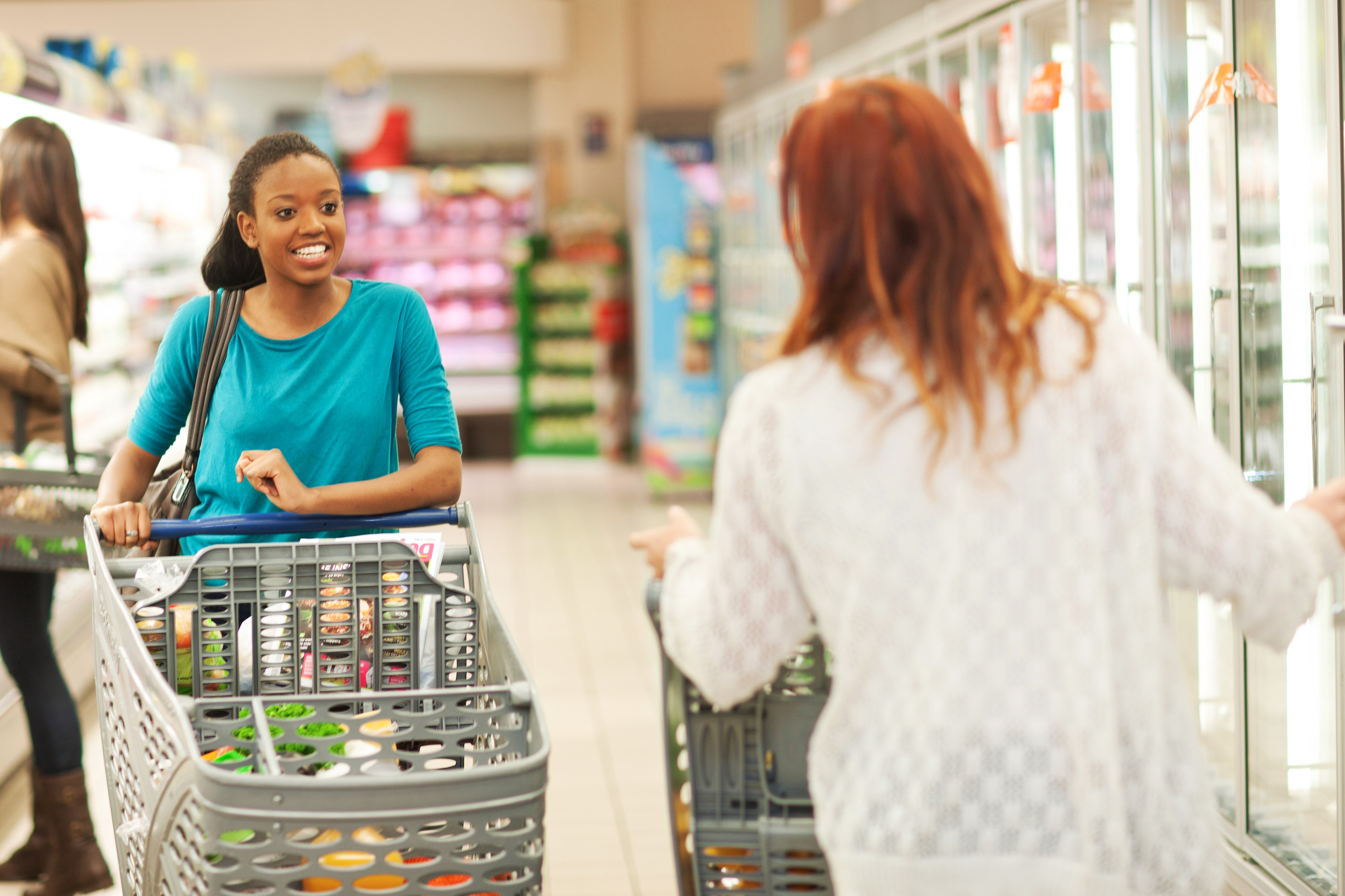 Every grocery store is a little bit like the Animal Kingdom. Among the aisles, there is a natural order that cannot be disturbed, lest the entire ecosystem fails to function. All it takes it one rogue shopper to disrupt the pecking order and throw off the whole shebang. Don’t be that person. But how, you ask? Simply don’t commit ANY of the following crimes, aka the 10 cardinal sins of grocery shopping.

Unless you’re at Costco, the aisles of your local grocery store probably weren’t designed for a flatbed, so the idea is that, while shopping, one should not take up as much room as a flatbed. This can be as simple as not positioning your cart horizontally in the middle of the aisle, silently screaming YOU SHALL NOT PASS.

Any indecisive folks out there? I get it. There are 49 flavors of Chobani and you have to narrow it down to, say, 10. Don’t even get us started on the number of other brands out there and their flavor selections. Unfortunately, this does not mean that you can park yourself in front of the yogurt aisle and work out a personal process of elimination until the sun sets. Pick a yogurt and let the people behind you do the same.

As a kid, nothing used to give me more anxiety than when my mom would leave me with the cart in the checkout lane to run back for “just one more thing.” Even worse than child/cart abandonment is simply cart abandonment. Not only does it create a road block for other shoppers, but also if you leave it long enough, someone might be bold enough to pluck your pizza rolls right out of the cart. And there won’t be any eye witnesses. Also, don’t run back for something else while you’re in the process of checking out!

A flat tire takes on entirely new meaning once you leave the parking lot and enter the grocery store. If you’ve ever had your heel run over by a bad grocery cart driver, you know what I mean. Even if you’re in a hurry, there’s no reason to put other shoppers in harm’s way. Obey the rules of the road — I mean aisle.

Peanut butter does not belong in the dishwasher detergent aisle, yet we see it there all the time. (Or the equivalent.) If you suddenly remember that you already have something at home or that you just don’t need that thing of mustard, do not try to stealthily stash it where it doesn’t belong. You’re not fooling anyone! If it’s too much trouble to go back to the original aisle you found it from, give it to the cashier on your way out.

Accidents happen to the best of us, but don’t think it’s acceptable to topple an entire cereal display and blame it on the nearest kid — or worse, flee the scene. Own up to it to a store employee and offer to help CLEAN UP IN AISLE FOUR. Honesty is always the best policy.

Sure, you want to make sure the avocado you’re bringing home for game-day guac isn’t already past its prime, but that doesn’t mean you have to manhandle every single avo in the bin. Remember this: Before you’re tempted to thud every cantaloupe and press on every peach, no one wants picked-over produce!

For the love of grains, don’t leave the quinoa scooper in the farro bin, or the bulgur scooper in the barley bin. For one, that could lead to cross-contamination. But also, then the handle (which people touch with their grubby hands!) is then IN THE FOOD. Put scoopers back where they belong.

In the same vein, don’t stick your hand directly in the dried fruit selection, or pluck off a grape from every single bunch in the produce aisle. You might be unbothered by germs, but we guarantee that’s not the case for everyone.

Perhaps the worst grocery store grievance of all is ending up in the express checkout lane behind someone who clearly has more than 15 items or fewer. It’s fine to sneak in 16, but don’t try to get away with pretending your entire cart fits the bill just for the sake of a shorter line.

What grocery shopping no-nos would you add to this list?