What Is a Beignet and How Do You Make One?

A beignet is a little pastry with a lot of personality. Here’s what you need to know about the iconic French Quarter staple:

What Is a Beignet?

A beignet is traditionally a deep-fried choux pastry topped with an ample amount of powdered sugar, though yeast pastries can be used. The official state doughnut of Louisiana, the sweet treat is commonly associated with New Orleans.

What Is a Choux Pastry?

Choux, made with butter, water, flour, and eggs, is unique because it doesn’t use a traditional rising agent (like yeast). Instead, this light pastry dough rises using its own steam. Here’s how it works: The dough is beaten on the stove until it forms a thick, moist mass. This process traps steam, which is released in the oven. The result is an airy pastry with a crispy exterior and hollow interior.

Fact: Choux pastry dough has a high moisture content because the water and butter is boiled before adding flour into the mixture. This step ensures that the flour will gel, which creates more moisture in the finished product.

How to Pronounce ‘Beignet’

Order without fear of embarrassment: “Beignet” is pronounced “ben-yay.” You can listen to the proper pronunciation at Merriam-Webster.com if you’re still unsure.

There’s no doubt that beignets and doughnuts are prepared in similar ways. In fact, the beignet is even considered a type of doughnut in certain circles. But there are a few key differences between basic doughnuts and beignets.

Though you’re likely most familiar with NOLA beignets, the pastry has roots in Ancient Rome: The scriblita, a Roman pastry made of moist dough fried in animal fat, is an early ancestor of the modern beignet.

French-style beignets from Europe to the U.S. sometime in the 17th century. Nobody knows for sure how they arrived on American soil, but there are two popular stories:

“In one version, the French Acadians who were exiled from Canada brought many dishes and unique foodways with them to Louisiana, including the beignet,” according to Louisiana Sweets by Dixie Poché. “A second story credits the Ursuline nuns of France for bringing the recipe to Louisiana in 1727.” 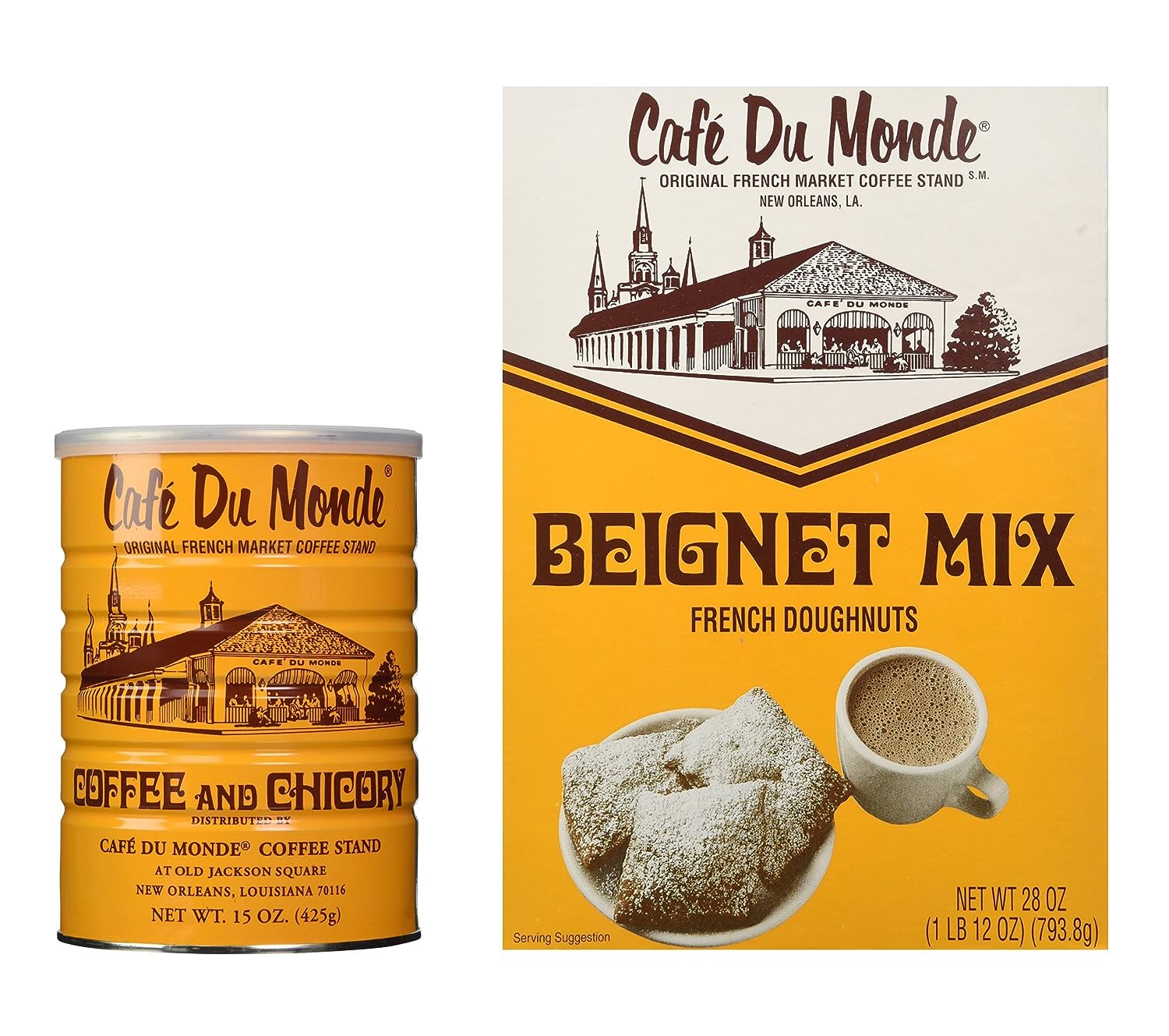 Of course, you can’t talk about beignets without talking about the iconic French Quarter coffee shop Café Du Monde. People travel from all over the world to sample the restaurant’s legendary beignets and dark-roasted chicory coffee.

Can’t make it to the Big Easy any time soon? You can bring a taste of New Orleans to your kitchen with Café Du Monde’s beignet mix. For a complete experience, pair your “homemade” beignets with authentic chicory coffee—buy a coffee and mix gift set for just $15 on Amazon.

Fact: Café Du Monde, which attracts hordes of tourists every day, is one of the most Instagrammed places in the country.

How to Make Beignets

If you don’t want to go the baking mix route, you can make French-style beignets with pantry staples you probably already have on hand.

We’ve got you covered with two easy-to-prepare recipes. This one, from Café Beignet, uses self-rising flour instead of yeast (as we know, this is the way a traditional choux pastry is made). But, if you feel more comfortable with yeast, this top-rated recipe is a favorite among our readers.