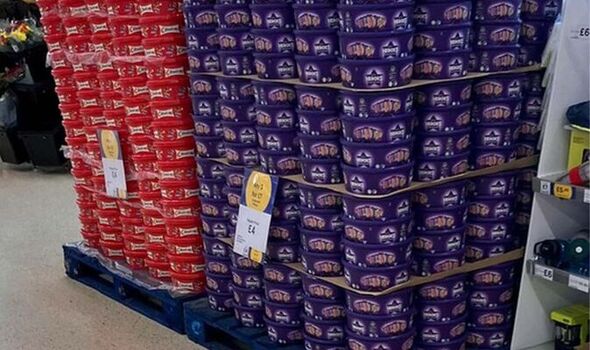 The confused shopper who spotted the display said: “What’s the first sign of Christmas in the shops? Sweet tubs! Thought that the tubs of sweets were never out so early. Usually after Halloween, but not at the beginning of August!”

With these chocolates typically only sold around Christmas time, the display at the front of the store left many other people confused – with some even feeling angry.

According to SussexLive, one commenter said: “By Christmas, we’re all sick of it! Never used to be like this when I was growing up!”

Another added: “I refuse to go into any shop that has Christmas things before November!”

However, some defended Tesco’s decision – suggesting it would make life easier for those trying to deal with the cost of living squeeze. As one person argued: “People need to spread the cost of Christmas. This year especially. Every little helps!”

Many other stores have started stocking festive items already this year, including John Lewis which has festive-themed decor available for purchase. With 141 days to go until Christmas, the chain currently has almost 30 individual baubles and 11 types of fake festive furs for sale on its website. This is a technique known as “Christmas creep” in which retailers start promoting winter-themed merchandise earlier every year.

Research from users on the forum, Mumsnet, also showed that the cost of this festive season is something people are worried about. In fact, 68 per cent of users are more worried about the cost of the festive season than they normally would be. And 42 per cent of users are more likely to buy gifts that people need – rather than want.