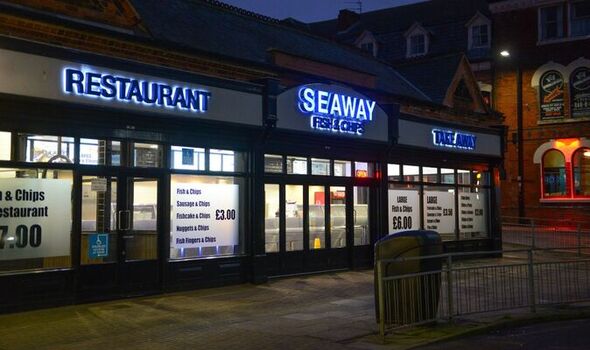 Mr Hussain, the manager of Seaway Fish & Chips, which operates a restaurant and takeaway in Cleethorpes, Lincolnshire, was rocked by the complaint made to Grimsby Live, in which the customer, who did not wish to be named, branded the food “disgusting” and the service as “below satisfactory”. Mr Hussain dismissed the complainants as “chavvy people who don’t want to pay”, insisting all of their food is fresh.

The anonymous customer visited Seaway with his wife and two of his children and describes the experience as “bad from start to finish”. He claimed other tables in the restaurant also complained, saying the fish they ordered was allegedly cold when it was served to them.

He also claims the manager of the restaurant did not handle the complaints personally but sent other young members of staff to do so on his behalf.

The diner told Grimsby Live: “Me, my wife and two of our children sat down and it was noticeable the minute we walked in that something wasn’t right. The staff there clearly weren’t of an age where they could make a sensible business decision if one needed to be made.

“It was busy, I get that. But the food was disgusting.

“We’d promised the kids a treat and they were starving – they hadn’t eaten all day – so we ate it with the intention of mentioning it when we came to pay. But then it quickly became apparent that the table next to us were going berserk at the quality of their meals, as were I think, two other tables. And there were only about six tables in the restaurant.” 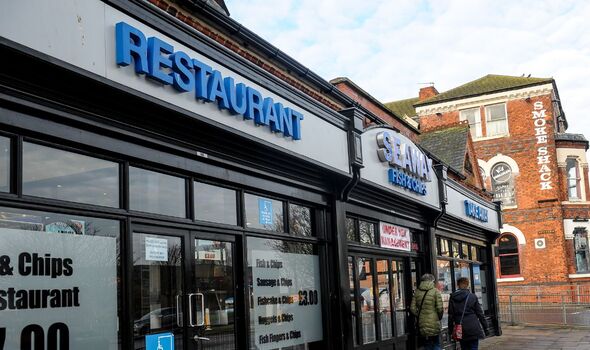 He claimed: “One by one, everyone said, ‘We need to speak to someone and address this and have a chat with the manager’. But he point-blank refused to engage in conversation with any of the customers.

“He just kept passing messages on through who I’m assuming was his most experienced member of staff. He seemed to be the oldest if nothing else. And even he certainly didn’t look any older than 18.

“And [the manager] just left the staff to deal with it. I just thought it was utterly disgraceful. If any of my kids had Saturday jobs and were treated like that, I’d be absolutely incandescent.

“Two of my kids eat absolutely anything and they had chicken nuggets and chips, and my eldest said, ‘These don’t taste right. There’s something wrong with them’. He was starving anyway and because we’d had issues with the order in the first place, he ate it. He’s of an age where he’d stick ketchup all over it and he wouldn’t know the difference.

“My biggest issue is the way the complaints were dealt with. If you’re the owner of a premises, you’ve got to come down and take it on the chin.”

“So these people who are putting up all the bad reviews – it’s a really busy restaurant and the food is always fresh. We buy fish in fresh every day. The potatoes are peeled every day. So when people say, ‘Oh, the chips are cold, the fish was horrible, it doesn’t taste right’, it’s all a load of cobblers because every day, everything is sourced fresh.”