Like any school child, Prince George and Princess Charlotte are thought to be firm fans of a sweet treat from time to time. And recently it emerged that Kate Middleton was known to frequent a bakery local to her children’s former school of Thomas’s Battersea to pick up some delights for her little ones.

Dominika Lipiec, a customer assistant at Gail’s Bakery in Battersea, told MyLondon: “One time, I remember a parent from the school came in and they were just so excited that their child was in the same class as George.

“We have seen Kate here, twice at least. They’ve come here after picking up George from school. I think one time Charlotte was with her.”

Kate reportedly ordered the bakery’s Chocolate Brownie Finger, a £2.40 treat beloved by parents who frequent the store after school.

The Cambridge family are also known to be huge fans of baking their own sweet treats at home too. 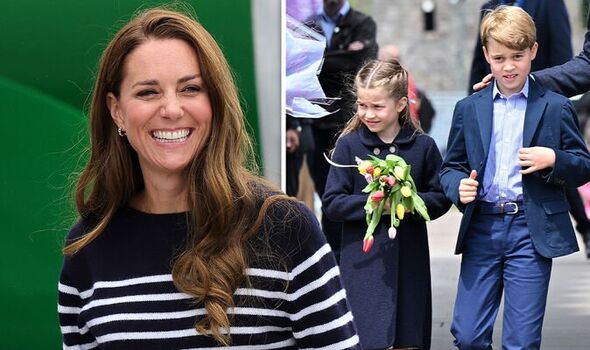 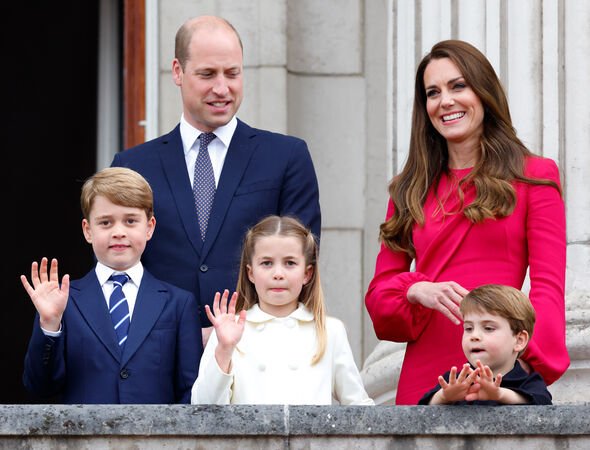 To mark the Platinum Jubilee in June, sweet pictures were shared by Kensington Palace of George, Charlotte and Louis decorating cupcakes for a street party.

The children were pictured concentrating very hard while they added sprinkles to cupcakes that Kate was icing.

Baking was thought to have become a firm favourite activity of the Cambridge family during the UK Covid lockdowns.

While visiting a bakery in Norfolk in June 2020, Prince William explained: “I’ve done a little bit of baking. 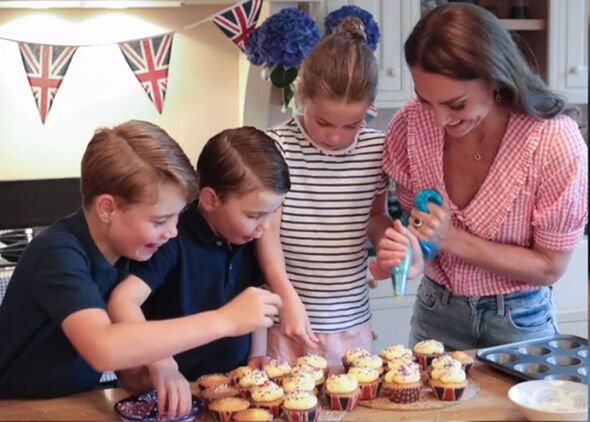 “The children have been attacking the kitchen and it’s just been an explosion of flour and chocolate everywhere. Catherine’s been doing quite a bit of baking.”

Prince George showed off his baking prowess while making Christmas puddings with the Queen, Prince Charles and Prince William to support the Royal British Legion’s Together at Christmas initiative in 2019.

Kate has also spoken of her love of baking her children’s birthday cakes, telling Mary Berry in 2019: “I love making the cake. It’s become a bit of a tradition that I stay up ’til midnight with ridiculous amounts of cake mix and icing and I make far too much. But I love it.”

Kate seems to enjoy getting her children involved in all kitchen pursuits, and the Cambridge children enjoy making things like pasta and salads too. 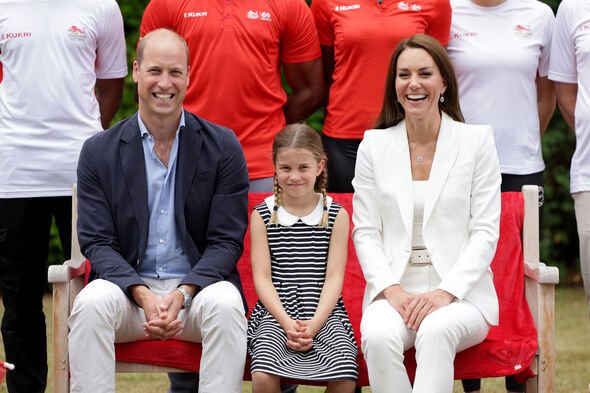 Matthew Kleiner-Mann, chief executive of the Ivy Learning Trust said after the Duchess visited a primary school in 2019: “She was telling us how much her children love cooking and how they cook for her.

“They made cheesy pasta the other day. One stirs the flour, one puts the milk and butter in. And they make salads and stuff.”

He added: “Food is important to her and she understands the links between mental health and physical exercise.”

In 2018, Kate revealed that she enjoys making pizza with her kids too.

She said: “I’ve done that with George and Charlotte – making pizza dough. They love it because they can get their hands messy.”

One of Prince George’s reported culinary favourites is spaghetti carbonara, while Princess Charlotte follows her mum with her love of spice.

All three of the children enjoy apples and cereal for breakfast.