Milkmen replaced by robots who could deliver straight to your door

For it’s been revealed that the world’s first robot milk round has been launched in Milton Keynes with Plenish – who produce a range of dairy-free milks – at the heart of it. The game-changing services allows customers to simply tap their smartphone and have the milk delivered to their front door – by a robot.

The sleek fleet of self-driving machines move at pedestrian speed – around four miles per hour – and can navigate obstacles, including stopping at roadsides and crossing when it is clear.

They weigh less than 100 pounds (45kg) and their cargo can be opened only by the delivery app, which tracks their journey to and from the customer.

The revolutionary scheme will not only save customers a journey to the shops, but it’ll also help to save the planet. That’s because the delivery robots are powered by eco-friendly electric batteries, rather than fuel-guzzling engines.

But Plenish founder Kara Rosen insists it won’t spark the end of the traditional millkround. 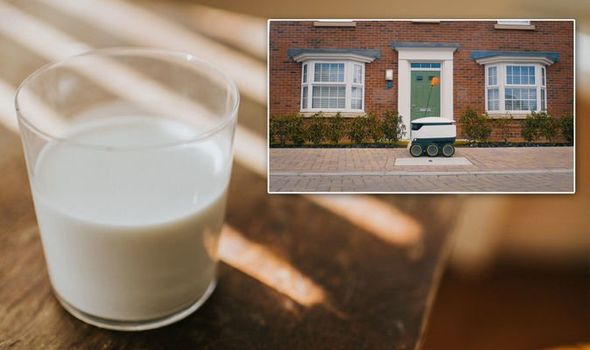 She said: “It’s not about replacing the human – human delivery drivers on electric floats are great, for instance.

“It’s more about replacing the journey, and the associated emissions.

“Our research told us that people are making a lot of short journeys – popping to the shops for a pint of milk – and that reducing these can have a huge environmental impact.

“So not only is the option of a robot milk round hugely convenient, it’s also good for the environment, too.”

Nipping out for a pint of milk, as the saying goes, can be particularly damaging to the environment as modern cars produce twice as much carbon emissions in the first five minutes of a journey.

Given that more than half of all British car journeys are less than two miles, this soon adds up.

Environmental scientist Joseph Poore, from the University of Oxford, has shown that Plenish’s plant-based milks have up to 70 percent fewer carbon emissions than dairy – making the robot milk round a win-win for the environment.

Rosen added: “We are a future-conscious brand which is always looking to innovate. Through our new Enriched range, Plenish have created the milk of the future – so what better way to deliver it than through a robot milk round?

“Our brand ethos is all about healthy you, healthy planet – and this is the embodiment of that.”

Dietician Helen Bond said: “Numerous studies are backing up what Mother Nature has long known: that plant-based foods are powerful allies in the battle for a healthier you, and a healthier environment.

“More and more of us are making the switch to plant-based dairy alternatives.” 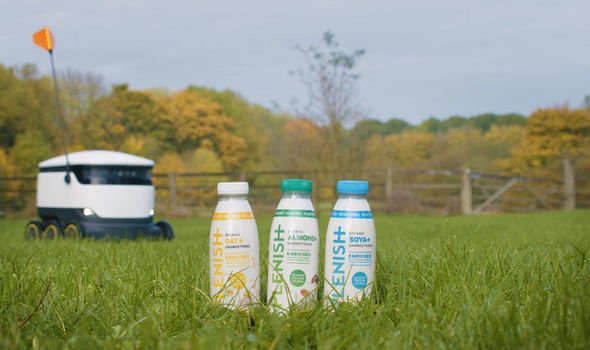 For those who like cows milk, the traditional milkman is making a comeback across the UK after years of decline.

Doorstep deliveries of milk in glass bottles are reported to have risen from 800,000 a day to about a million over the past two years.

It is said to be due to a backlash against plastic, and the nation’s surviving milkmen are reporting booming demand.

Milkmen first began appearing in Britain in the 1860s when the new railway network allowed fresh supplies to be delivered.

Originally milk was wheeled between houses by horse-drawn carts in large churns.