Jamie Oliver will often give his favourite recipes to the British public. He has previously detailed an “easy” recipe to make pizza using cupboard staple ingredients.

Many Britons have been cooking more regularly during the coronavirus lockdown.

During this time, Jamie has shared some simple recipes which can be made using cupboard staples.

He has shared how to make pizza with very few ingredients and it does not take long.

The popular chef shared the recipe on Channel 4’s Jamie: Keep Cooking and Carry On, which aired last year. 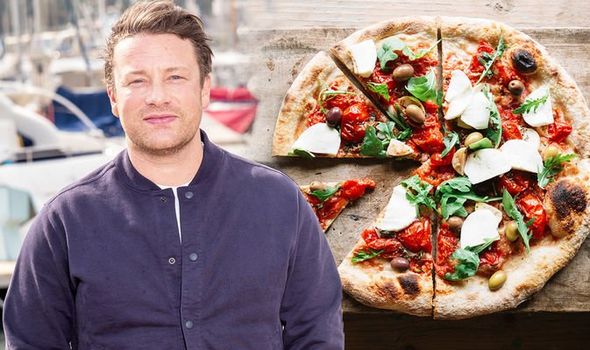 One pinch of dried oregano

Speaking on the show, Jamie said: “I’m going to make it from just store cupboard ingredients.

“It’s an easy recipe and you can knock it out in about 15 minutes.”

Jamie began the recipe by getting a medium pan to a high heat before adding olive oil.

Next, take the sausages and squeeze the meat from the inside out to create mini meatballs.

He added: “At this point, what you can do is add some store cupboard herbs like mixed herbs or oregano – whatever you’ve got.”

Then, half and peel two onions before slicing them finely and adding them to the pan. 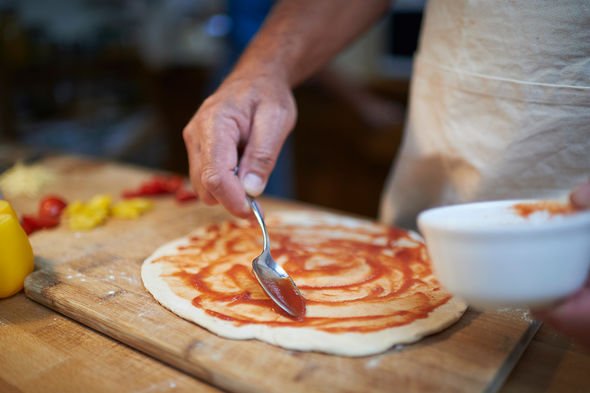 When the onions start to soften, add the jalapeños to the rest of the ingredients.

Jamie continued: “I’ve got it in the jar and I will pour some of the vinegar in to give a sweet and sour vibe and a little spice.”

While the ingredients are cooking on a medium heat, the chef prepared the simple pizza base.

The chef stated: “It is so simple and uses another store cupboard ingredient – self-raising flour.

“Get yourself a bowl and if you’ve got a kilo bag use half of it, give or take. 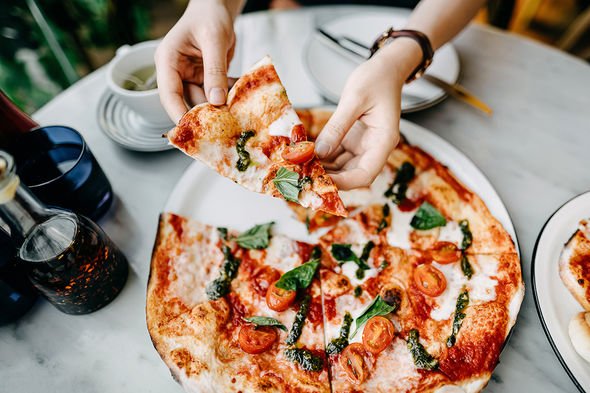 “We’re going to put in 250ml of water – or enough until it comes together as a dough – then a pinch of salt.”

The dough should be mixed until it begins to create an elastic dough. Then it can be quickly kneaded.

Tip the contents of the pan onto a plate before adding the pizza dough and push it out.

Put the toppings and cheese on top, turn to a medium-high and cook for three to five minutes.