Mark Lane outlines how to plant cucumber and basil seeds

Cucumbers are an essential ingredient in salads and sandwiches, and are enjoyed by millions on their own or even pickled. Cucumbers, like iceberg lettuce, contain 96 percent water per volume. They are healthy and tasty, but because their high water volume can lead to problems when trying to store them for an extended period. Here is how you can store cucumbers to ensure they don’t go mushy quickly.

She took a variety of foods and tested the best hacks to see how long each item lasted.

One of which was a cucumber.

Speaking to presenters Phillip Schofield and Holly Willoughby, Alice held up one cucumber and said: “This is from last week – we’ve got to get rid of that as it’s mushy.” 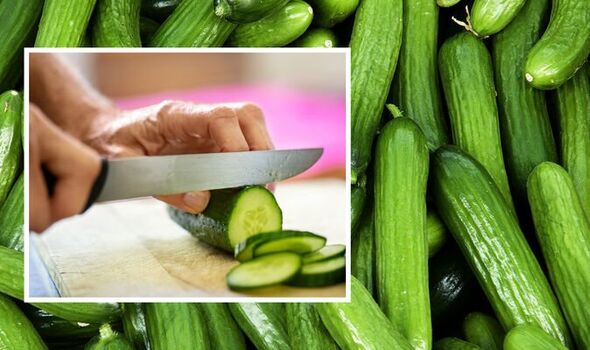 She cut the cucumber open and inside, you could see it had darkened around the edges and got wet and squishy.

Alice added: “This was in one of those plastic sleeves from the supermarket.”

Moving on, she opened an airtight plastic pot and took out a cucumber: “This has been put in water with a little bit of bicarbonate of soda.

“Bicarbonate of soda alkalises the mould on the outside of the skin.

“Check that out,” Alice said cutting the cucumber open.

The vegetable was perfect; a hard skin, with no visible signs of going mushy.

Holly tried a piece of the cucumber and said “that’s good,” noting how crunchy it still was and Alice added how the hack “works” well at keeping cucumbers fresh for weeks.

Another way to store cucumbers to ensure they stay fresh and last longer than a few days is in paper towels.

Cucumbers bought from a supermarket should be removed from the plastic sleeve, and washed and dried. 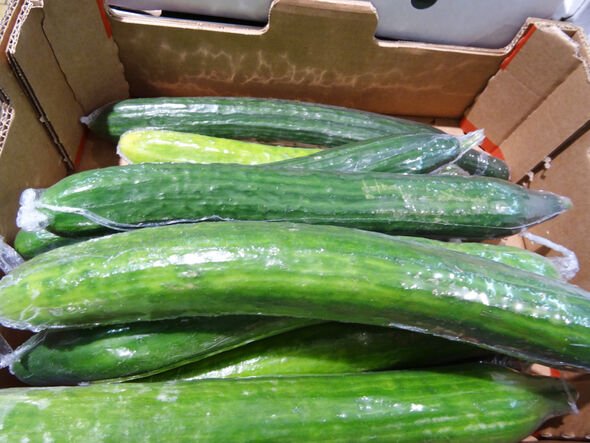 Once dry, wrap them in a paper towel, or tea towel, and place them in a plastic ziplock bag.

The towel will help absorb any excess outside moisture while storing them.

Do not seal the bag though, leave it open a little bit.

Cucumbers require sufficient air circulation, so placing them in the crisper drawer is best. 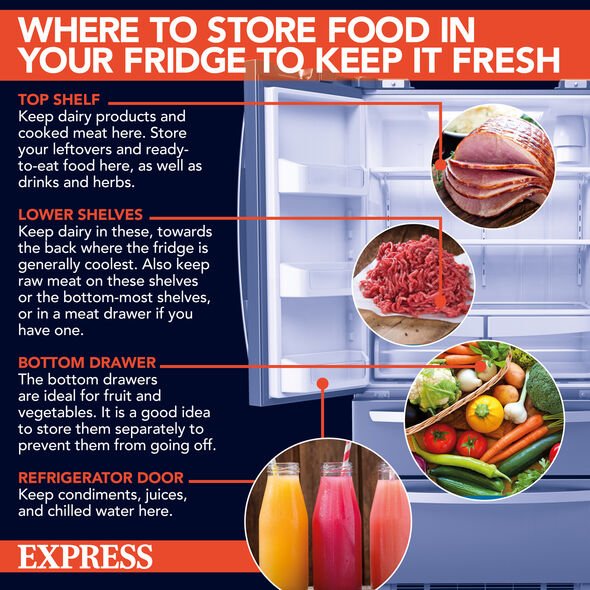 Cucumbers also like it cool (ever heard of the phrase ‘cool as a cucumber?’) but not too cold.

They are prone to “chilling injuries” when too cold and this can accelerate rotting.

Keep them separate from any other fruits and veggies that produce a lot of ethylene gas. Cucumbers are incredibly sensitive to this ripening gas.

They won’t last as long if they are stored close to bananas, tomatoes, and melons.