How many calories in a five guys milkshake?

Fast food shifted to takeaways during the coronavirus pandemic, with people barred from most restaurants for months on end. People have now returned to the high street, where they are tucking in to their favourite meals in person once more. While delicious, many of these meals will come with a high-calorie count, especially, if they include a milkshake, and the chain just released a new one.

The chain has partnered with Lotus Biscoff to produce a shake using their biscuit mix.

Despite promotional pictures released by the company, it doesn’t come with biscuits, instead offering them as a mixer.

The new mix-in, coupled with the milkshake base, will cost people a significant portion of their daily calorie intake. 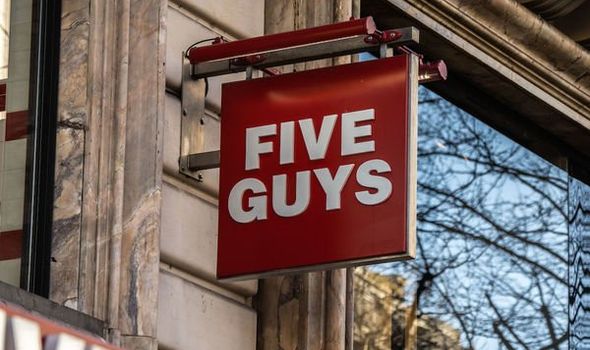 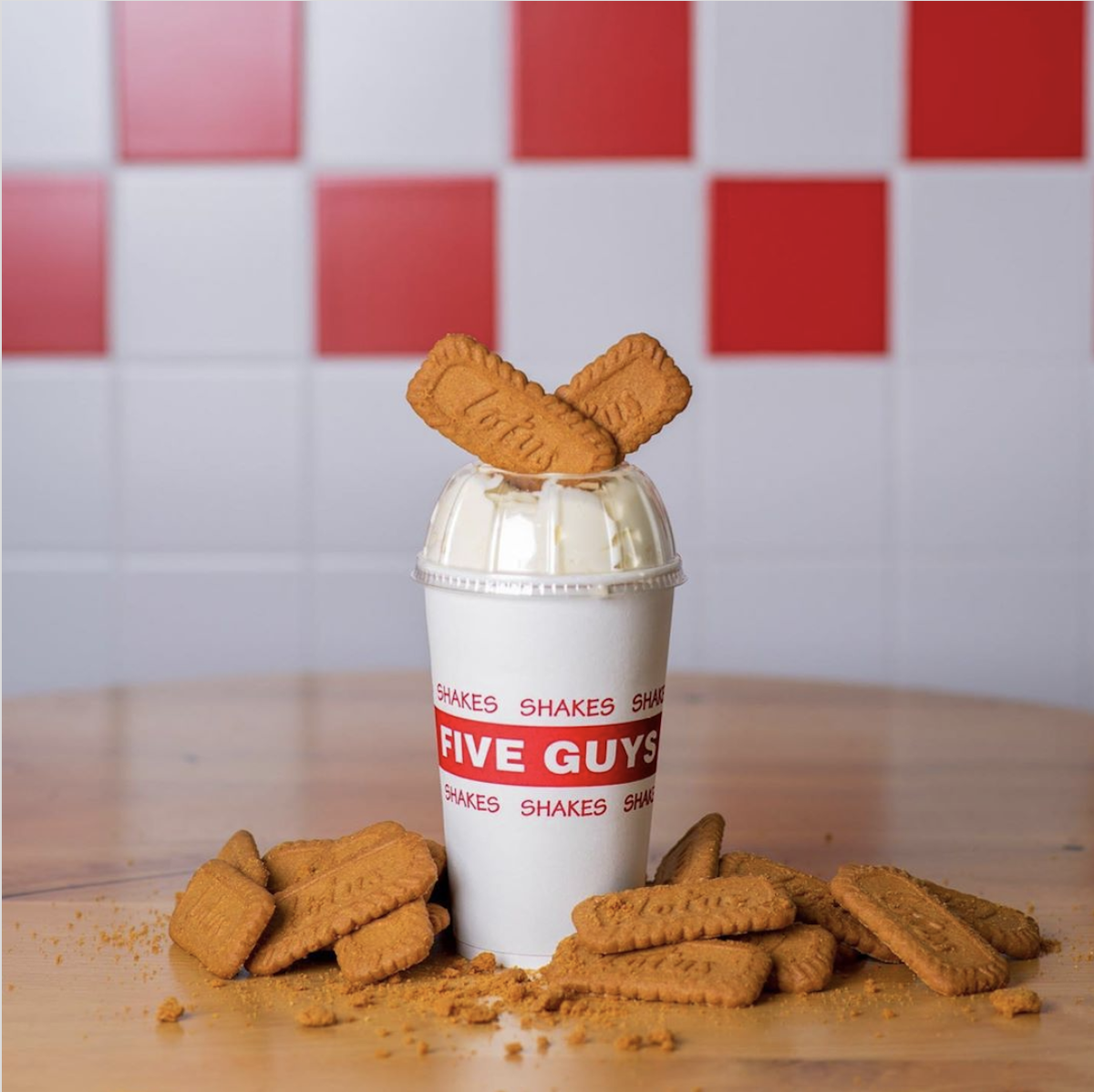 How many calories are in a Five Guys milkshake?

Five Guys is one of the UK’s favourite fast food destinations, mainly due to their burgers, but also for their milkshakes.

The company offers a vast range of the soft drink, with new flavours emerging every so often.

They have more similarities to desserts than an accompaniment, however, especially true given their calorie count. 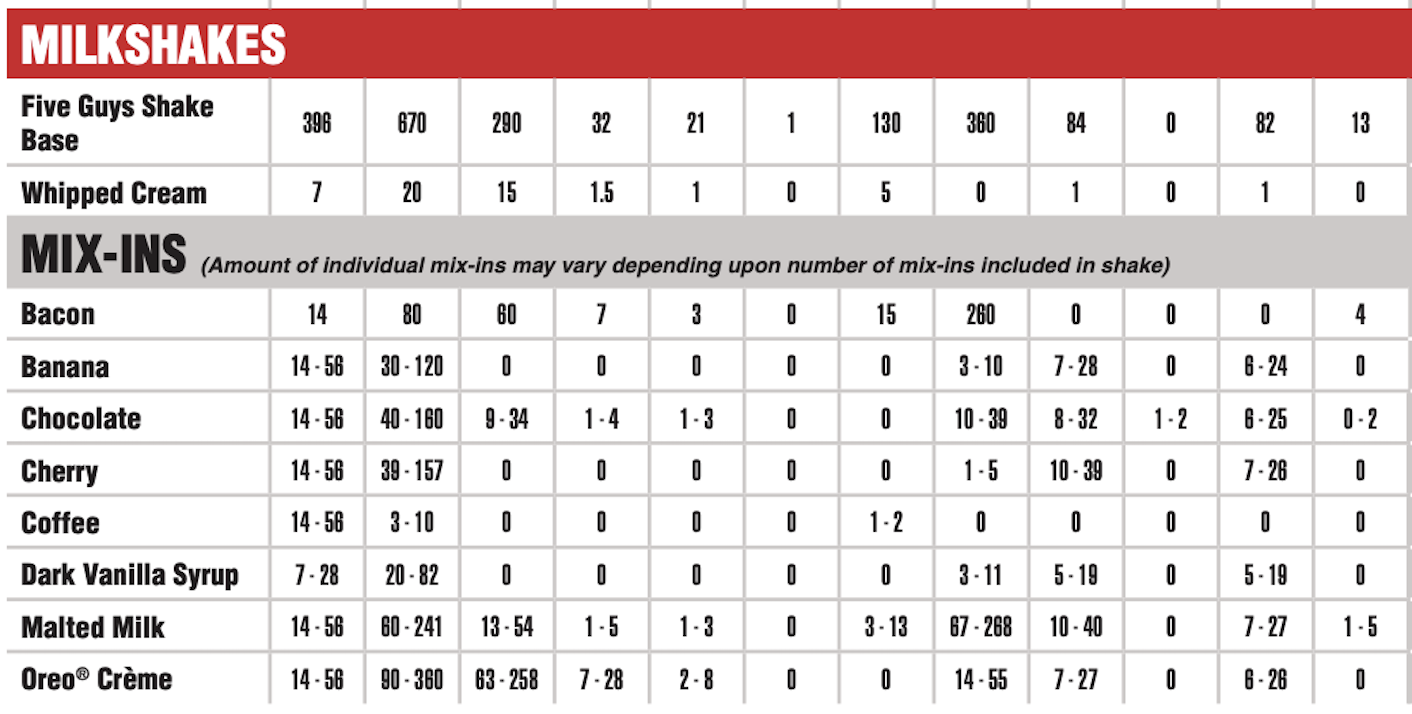 According to nutritional information available on the Five Guys website, one milkshake makes up a significant portion of the ideal daily calorie count.

The base milkshake will set people back 670 calories, rising to 690 with whipped cream.

Five Guys provides a range of toppings as well, including banana, chocolate, Oreo Creme and more.

Now, of course, Lotus Biscoff has entered the mix, but Five Guys have not revealed how many calories the new addition has. 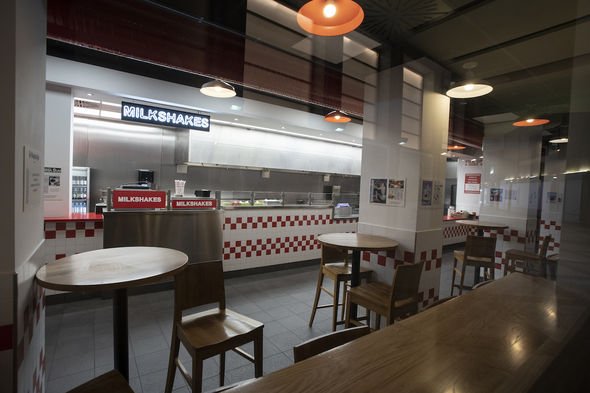 Depending on the topping and amount of it, people could add another 300 calories to their drink.

The overall total of nearly 1,000 could bring them over half of their recommended daily allowance.

To lose weight at a rate of one pound per week, they need to reduce this daily total by 500 calories.