Recalling food isn’t commonplace, but it does happen from time to time. Not taking note of the recall notice can lead to concerning consequences. This is why notices are placed at the point of sale of the product, as well as on the Food Standards Agency (FSA) website. Recently, a number of well-known high street retailers revealed that they were recalling some items due to a risk of comprising the consumers’ health and safety.

Some Greggs products sold in Iceland are being recalled

So, which products could pose a problem, and which shops are affected?

The bakery brand is recalling its 16 pack of frozen Mini Sausage Rolls.

That’s because these may contain small pieces of plastic, which could present a choking hazard.

It would therefore be unsafe to eat, and the announcement states that it presents a safety risk.

However, it’s not customers who have been shopping in the Greggs stores themselves that should return to the bakery giant.

These sausage rolls are exclusively sold in Iceland Stores, and the recall does not affect products sold in Greggs. 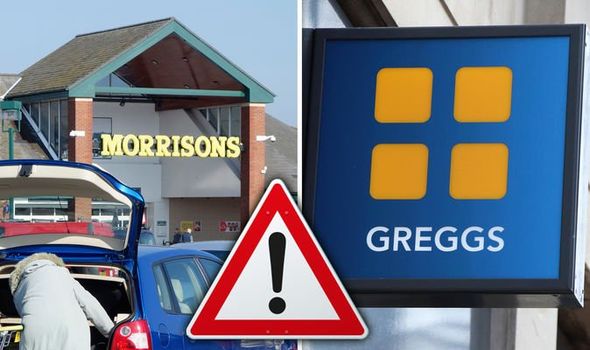 Should you have bought the 16 pack of products, be aware that it’s the 433g size with the batch code 18334 and best before date November 30 2019 which should not be eaten and instead returned to your nearest Iceland store.

The supermarket will then issue a full refund.

No other Greggs products are known to be affected.

This week, Morrisons revealed that it was recalling its Free From Choc Chip Cookies.

That’s because they contain milk, which has not been mentioned on the label.

As such, this means the cookies are a possible health risk for anyone who has an allergy or intolerance to milk or milk constituents. 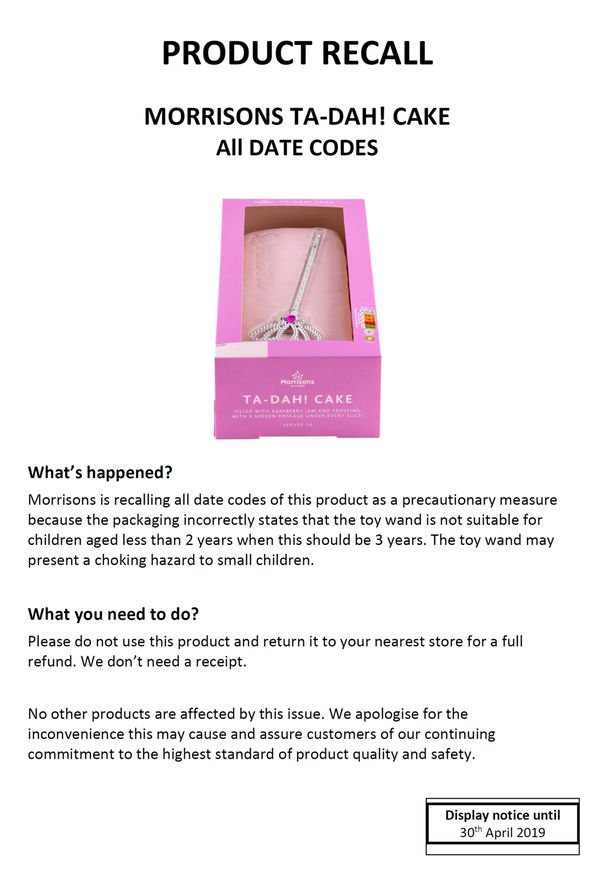 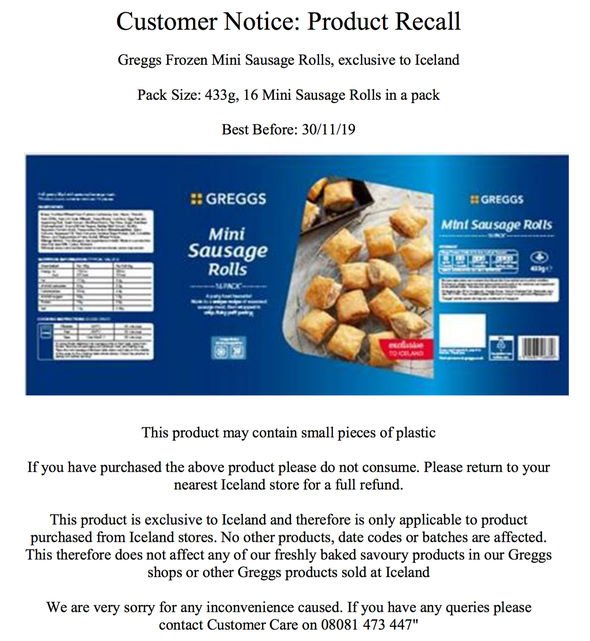 All best before date codes are included in the recall, and it’s the pack size 145g which are affected.

In England and Wales, Morrisons are recalling its TA-DAH! party cake, due to incorrect labelling.

The toy wand which is on top of it has been labelled as not suitable for children aged less than two years.

However, this should say that it’s not suitable for children aged less than three years.

It could present a choking hazard and a safety risk to small children.

All of the best before date codes are included in the recall.