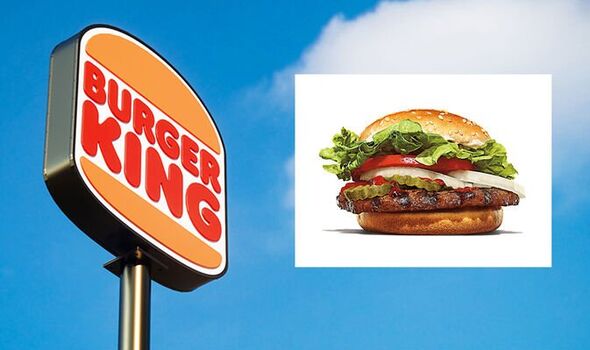 The announcement comes after research revealed that two in three meat eaters would be reluctant to try a plant-based burger. However, those willing to try can snap one up for free this week.

To encourage customers to go plant-based on traditionally the meatiest day of the year, foodies can swap a normal Whopper® for a plant-based Whopper® or Vegan Royale to get it totally free.

The deal aims to encourage customers to try the plant-based and vegan alternatives.

It will aim to show them they are just as good as their meat-packed counterparts.

Burger King has shared plans to be 50 percent meat-free by 2030, recently launching its first ever meat-free restaurant in Leicester Square. 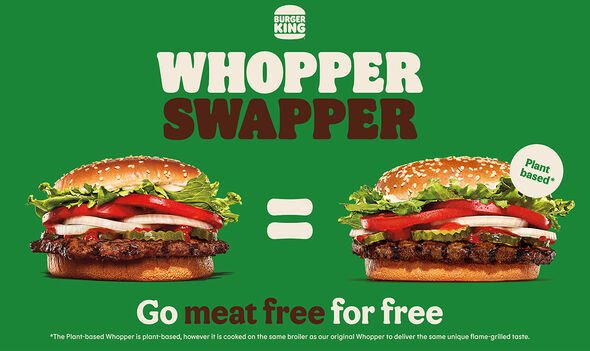 With nine in 10 Brits eating meat, collectively consuming a mind-boggling 2.5 billion beef burgers a year, the fast food chain is left with attracting the carnivorous market with a carrot.

However, research states 51 percent of meat-eaters would not try a plant based burger.

This figure is true even if the plant based burger was to be offered for free.

However, Burger King hopes to change the minds of many with it’s free offering.

Customers must be quick, however, as the deal is limited only to the most eager of Burger King customers.

A maximum of 10,000 plant-based Whoppers and Vegan Royales will be given away.

They will be handed out on a first-come-first-served basis.

Deal-lovers will also have to download, and order via, the Burger King app, but collect in store.

With the required effort in mind, the question of whether the free burgers will be bought by open-minded-meat-eaters, or simply be snapped up by a keen eyed sector of the incumbent plant-based market comes into contention.

However, pleasing the plant-based market may equally be beneficial to Burger King.

In 2021, the UK was the leading source of searches about veganism, while Google searches for “vegan food near me” saw a 5,000 percent increase.

Attracting and maintaining a consumer base for the growing sector could be of immense value to the fast food chain.

Clearly this offer from Burger King is a sign of things to come.

If you want to access the deal, the Burger King app can be downloaded via Google Play or App Store.

Burger fans should look out for any deals they can pick up to celebrate.