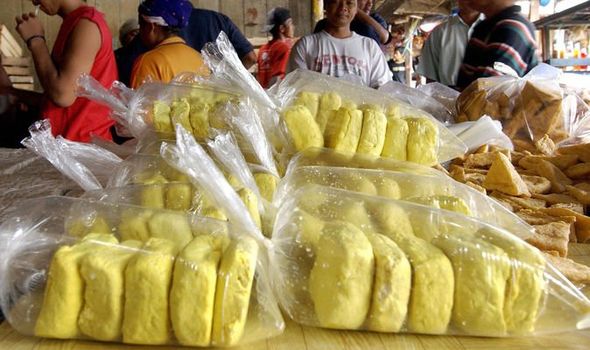 And 11 percent reckon tea is grown in the UK, when most of it is shipped in from Asia. A quarter can’t identify where salami comes from, and a third don’t know that classic baked beans are made with haricot beans. The study, of 2,004 UK adults by meal kit company HelloFresh, also found a fifth are unaware of what fruits and veg are available during the different seasons.

It also emerged half of Brits would even struggle to cook a millennial favourite like smashed avocado on toast as well as other common meals like lasagne or a basic curry.

And 22 per cent are unable to put together a traditional Sunday roast – with 10 percent of those saying they’ve no intention of learning.

A fifth of adults would also struggle to rustle up the humble stir-fry, while a third would be “not at all confident” about cooking with an ingredient like artichoke.

Another quarter would even steer clear of chickpeas, having no idea what to do with them.

The study also found that despite the popular belief that millennials are driving the movement towards more plant-based food, 20 percent of 18-34-year-olds believe vegans can consume eggs.

And more than one fifth think goat’s milk is appropriate for vegans.

HelloFresh head chef Andre Dupin said: “It’s surprising to see that some of the most popular foods, as well as things that Brits have always held dear to them, are difficult for people to cook from scratch and they struggle with knowing where it’s from or when it’s in season.

“We found that 61 percent of Britons didn’t know how to cook the national favourite, chicken tikka masala.