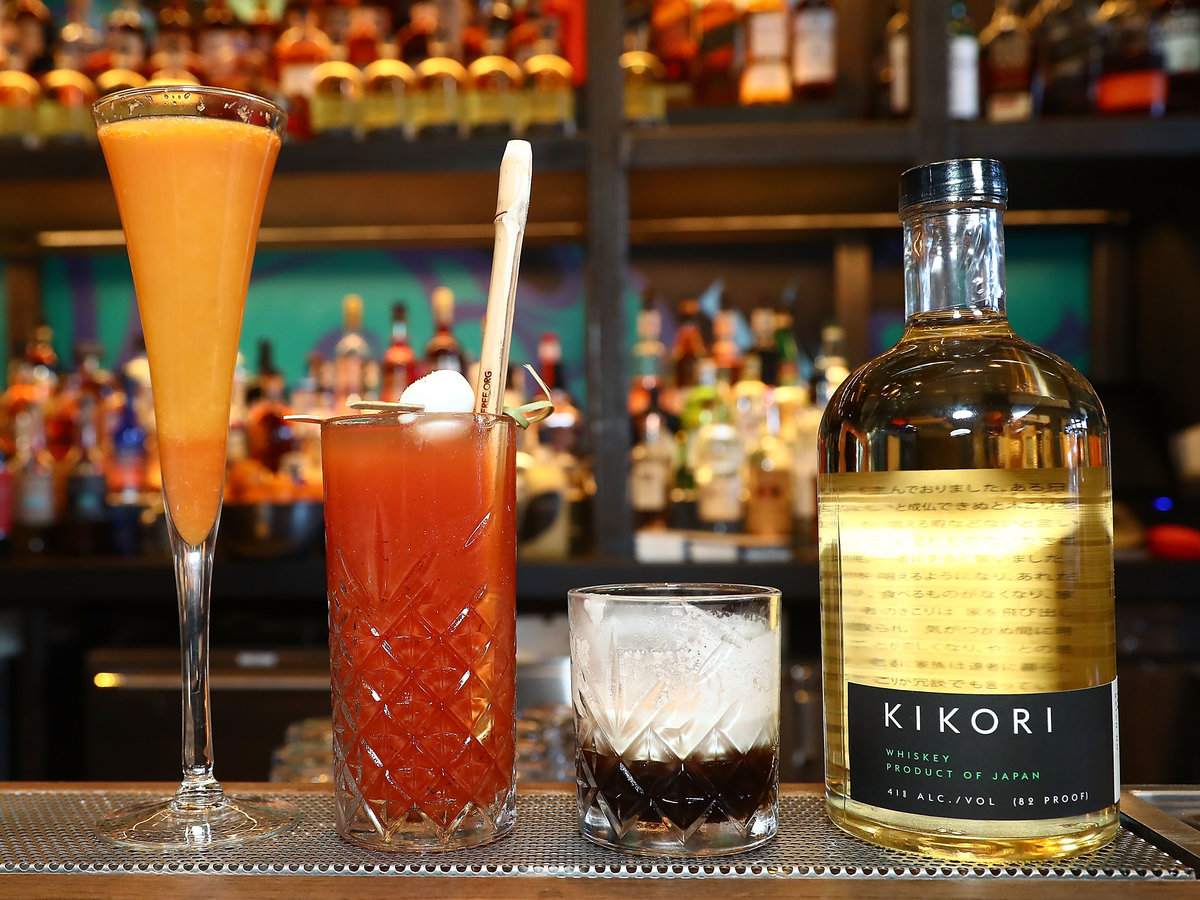 Odds are, you’ve heard whispers about Japanese rice whiskey in the past year or two—maybe you’ve even tried it yourself. (FYI, whiskey is alternatively spelled “whisky” in countries like Scotland and Japan.) Ann Soh Woods was one of the first people to introduce the spirit to the United States, a little over two years ago. You’ve probably heard of her brand, Kikori Whiskey. Although there have been other rice whiskies, this was the first 100% rice Japanese whiskey in the United States. Since its official launch in December 2015, it’s inspired a handful of category competitors.

But let’s back up for a minute and talk about what makes whiskey whiskey. Per the United States Alcohol and Tobacco Tax and Trade Bureau (TTB, it’s a spirit that’s distilled from grain: Usually wheat, barley, corn or rye. And because rice is a grain—something that Soh Woods had to remind mixologists when she was pitching her product—Kikori fits the definition.

We’re happy to be found at many retailers across the US, check our website for the store nearest you. Image credit: @caskstore

To understand why it’s made from rice, however, we need to go back to Kikori’s origin story. Soh Woods, who had formerly worked in T.V. in Los Angeles, had harbored a longtime love of Japanese spirits. In creating one of her own, she knew she wanted to make a whiskey that was a bit lighter than the typical permutations. Something which could lend itself well to everyday drinking on the rocks, with less of a perceived burn.

As a first step to seriously learning about the centuries-old distilling culture in Japan, she decided to tour distilleries all around the country. After witnessing the operations of several—awed by heart and soul of the artisans there, she says—she found a manufacturing facility on Kyushu island to try her hand at her own idea. The lush, volcano-marked island is known for its bounty of rice—apparently a 2,000-year-old crop.

The nutrient rich, volcanic soil of Kyushu Island is the ideal environment to grow the nutritious and flavorful rice used to create the distinctively drinkable Kikori Whiskey. Read our full story on the website. Link in bio.

With the help of a master distiller who worked closely with locally grown Hino Hikari rice and the island’s mountain-derived groundwater, Soh Woods tested a variety of aged, distilled rice blends from various barrels. (The whiskeys were aged in their individual barrels, and then taken out and blended in various permutations). She describes the blending process, which she attempted herself at one point, as utterly humbling. She decided to defer completely to the master distiller: He’d give her blends to taste, which she would share with friends and mixologists for their take.

Kikori is produced from 100% locally grown Hino Hikari brand rice, which is polished to remove all exterior bran and then rinsed and steamed. It is then malted for 24 hours using pure mountain water locally from Kumamoto. The best ingredients make the best whiskey.EARTH + WATER + TIME #FindYourBalance

She wanted it to appeal to wide range of palates, not just her own. “At some point, we needed people to invest in this,” she says. It had to have commercial legs. When the blend finally got nailed down—aged for at least three years in lightly charred casks of French and American oak and sherry—it was ready to officially launch in the U.S. in December of 2015. According to Pentagram, the company’s branding firm, the name Kikori was chosen because it means “woodsman” in Japanese, and is an ode to the lush surroundings of the spirit’s origin.

To help familiarize American bars with the product, Soh Woods made cold calls and in-person pitch visits. However, in explaining exactly what Japanese rice whiskey is—both to mixologists and to consumers—she found herself parsing technicalities. The spirits world, it turns out, is a deep cave of wonders, strictly regulated by ABV percentages and definitions.

Our rice is grown in the volcanic loam and pure water of Kumamoto, Japan; we chose it for a distinctive aromatic profile and flavor like no other.

Classified as a whiskey, Kikori is in the same sub-category as other well-known (non-rice) Japanese whiskies like Yamazaki and Hibiki. This might seem like semantics, but it’s significant.

To truly understand any spirit, of course, it must be imbibed. If you pour yourself a glass of Kikori and take a whiff, it smells sake-ish: That’s the sweetness of the rice you’re picking up. You’ll get oaky and sherry notes that you don’t get in sake, however, which is typically not aged. And it’s decidedly lighter and more floral than its traditional whiskey brethren, which is of course what Soh Woods was going for; the fact that it’s been barrel aged for three years (some tiers, more) gives it that characteristic rounded mouthfeel.

Today, there are six other Japanese rice-based whiskies on the American market, according to the company’s count. Still, the brand is arguably one of the most popular—apparently it pays to get in early. Kikori is currently served in all the Nobu’s in North America, San Francisco’s Hog Island Oyster Co., and L.A.’s Son of a Gun, part of Jon Shook and Vinny Dotolo’s restaurant empire. Soh Woods doesn’t have to cold call clients or drive across town as much as she used to but, in the interest of spreading the gospel, that might not be such a bad thing.