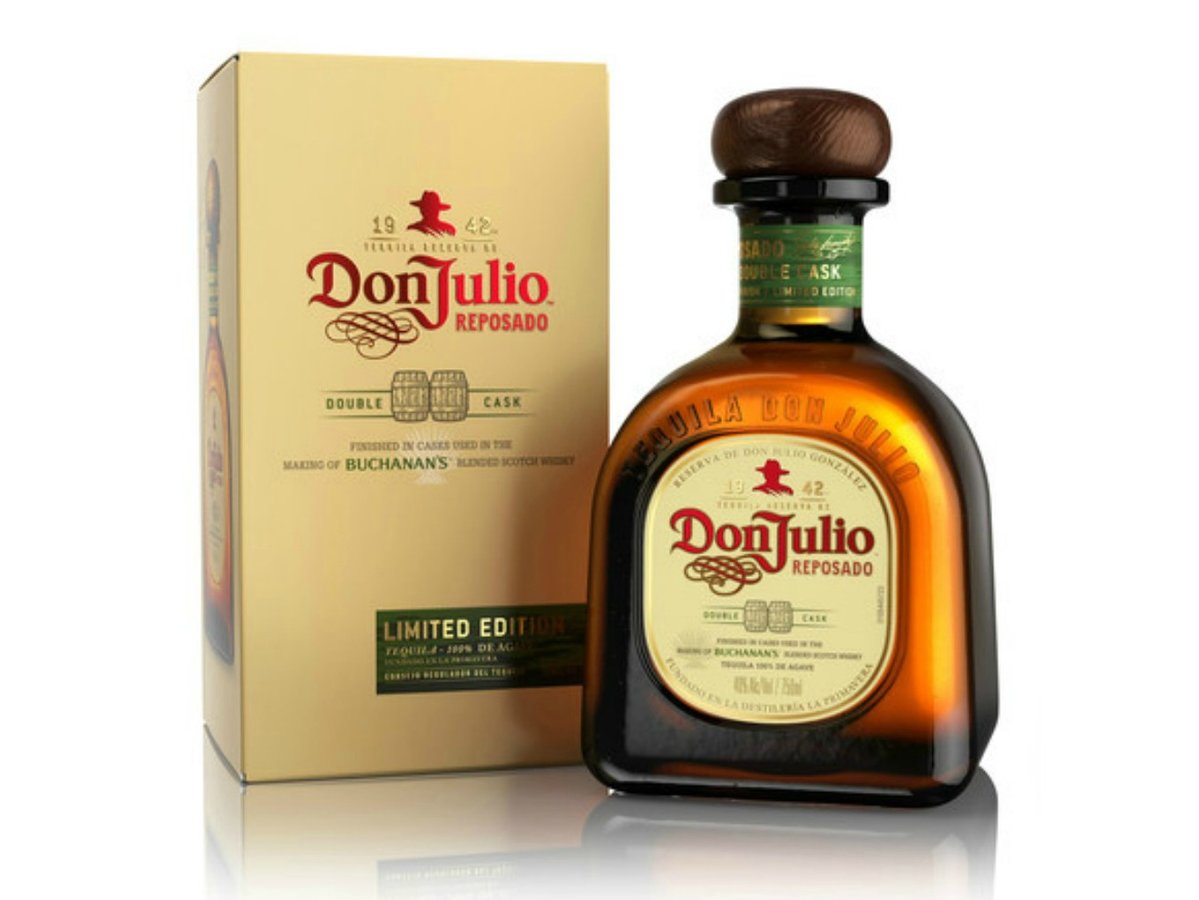 The limited-edition tequila is aged in matured American white oak barrels for eight months and then finished for 30 days in casks that were previously used to age Buchanan’s Blended Scotch Whisky. In order for a tequila to be designated a Reposado, it needs to be aged for a minimum of two months but less than a year in oak barrels.

The tequila will be available this summer while supplies last and has a suggested retail price of $59.99.

Both Don Julio and Buchanan’s are owned by Diageo. Diageo recently announced it is trying to sell some of its brands in order to focus on its pricer brands. Brands currently up for sale include Canadian whisky brand Seagrams VO, Goldschlager, Myers’s rum, Popov vodka, and Samba brand Romana. Diageo also owns George Clooney’s Tequila brand Casamigos.