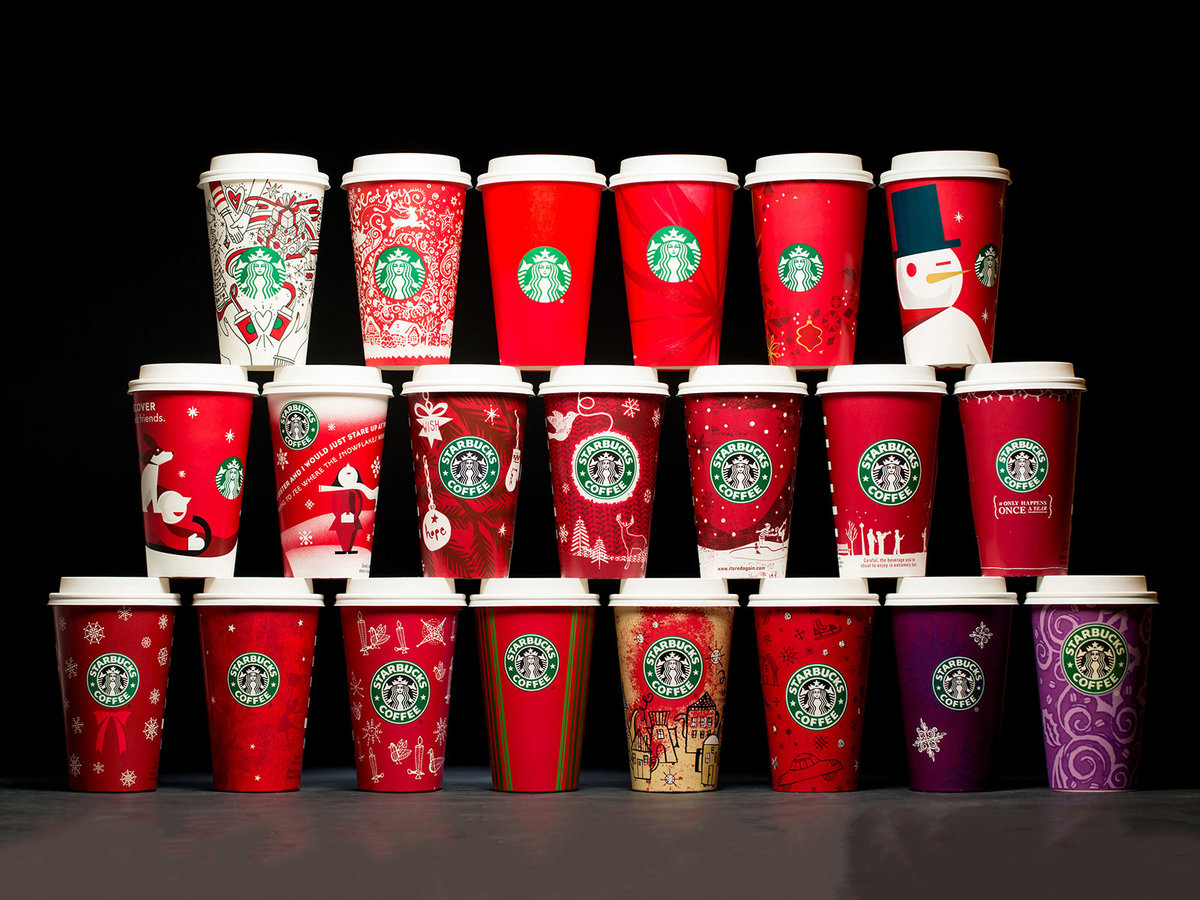 Beyond the seasonal beverages Starbucks has become well-known for, the coffee chain also releases another highly-anticipated product as the weather turns cold: the official holiday cup. This year’s 20th anniversary edition encourages customers to grab a set of markers and color in their own rendition of a mostly white, linear design. But lest you think going for a less-red look than in years past is a recent development, a journey back through at 20 years of cups tells a different story.

A few standouts include the first two years, featuring, in 1997, a multi-colored collection of paisley cups that came in jewel tones of green, blue, purple, and magenta, and 1998’s deep purple cup. That’s right, for the first two years Starbucks’ holiday cups didn’t even sport the candy-apple red they’d become known for (even colloquially called “red cups” by some customers). But for the next year, the team at Starbucks sat down and found what would become the cups’ signature hue.

“There was a response to that shade of red,” Jon Cannell, manager of Creative Design said in a statement. “It was a joyous color, and it really resonated with customers.”  And yet, in 2015, when Starbucks decided to go all-in with a minimalist, ombré cup, people freaked the heck out. Still, the deep red color has popped up on every cup since 1999. Here’s a look back at the past two decades of festive Starbucks cups.